There’s no question that the Scale Squadron of SoCal know how to put on an event.  Originators of the US Scale Masters, they have been putting on scale events since day one as scale is their true passion.  It is no surprise that this years Warbirds and Classics event was no exception!  Running in its ninth year, the event was held at a new location; the OCMA “Bob Swenson” field in Black Star Canyon next to Irvine Lake.  Nestled amongst the hills of Orange County, the runway is a nicely manicured and smooth stone composite material that is as hard as asphalt.  There had been some light rains a few weeks prior and so the surrounding scenery was lush with green grass and native California shrubbery.  Add to that a weekend of picture perfect weather of high 70 degree temperatures and blue skies and it was an incredible weekend of flying and comradery!

The assortment of airplanes at the event was absolutely incredible this year.  In the years I’ve gone to the event, I think this year had one of the best assortment of beautifully crafted warbirds to date!  We are talking multiple BIG warbirds that were not only built and finished nicely but were also flown in a manner to honor their full scale counterparts.  I think the pilot total was around 60 as a guess with of course even more airplanes!

Here are just a few of the airplanes that were there.  I have videos of most of these at the bottom of this post with more videos being added each week on my YouTube Channel.  So, be sure to subscribe to get those when they are posted. 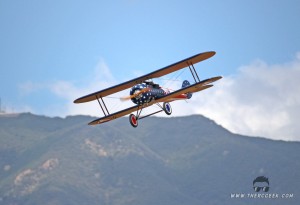 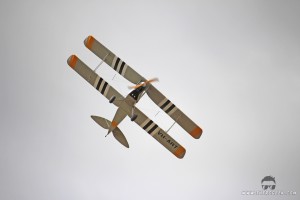 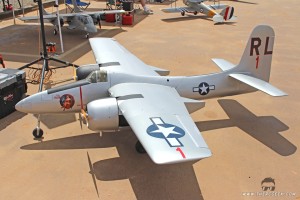 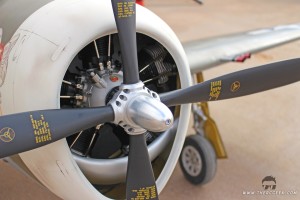 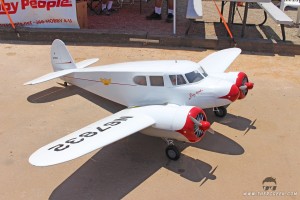 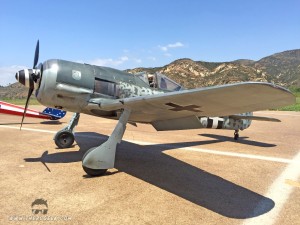 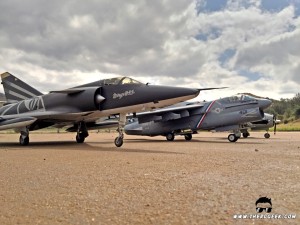 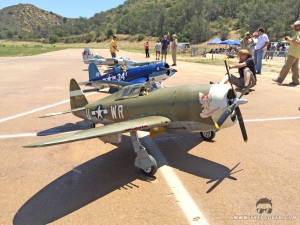 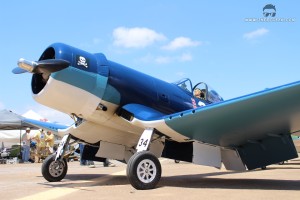 Another highlight was the banquet.  In addition to the delicious BBQ meal provided, Colonel Bob Thacker was the guest speaker and was signing patches and DVDs.  At 97 years young, Colonel Thacker is full of life and is just hilarious to listen to.  Not only an avid modeler and scale model aircraft designer, he flew bombers in WWII, was a test pilot along side Chuck Yeager and was the first to fly non stop from Honolulu to New York in a propeller driven aircraft which was performed in 14 hrs & 33 minutes.  He performed this feat in a P-82 known as “Betty-Jo” named after his wife.  The aircraft he performed the flight in resides at the AF Museum in Dayton, Ohio.  The icing on the cake was at the end of the banquet, a VQ Models P-82 “Betty-Jo” (donated by Hobby People) was raffled off to the pilots.  It was a really nice looking ARF…to the extent that after seeing it, it quickly was added to my must have list! 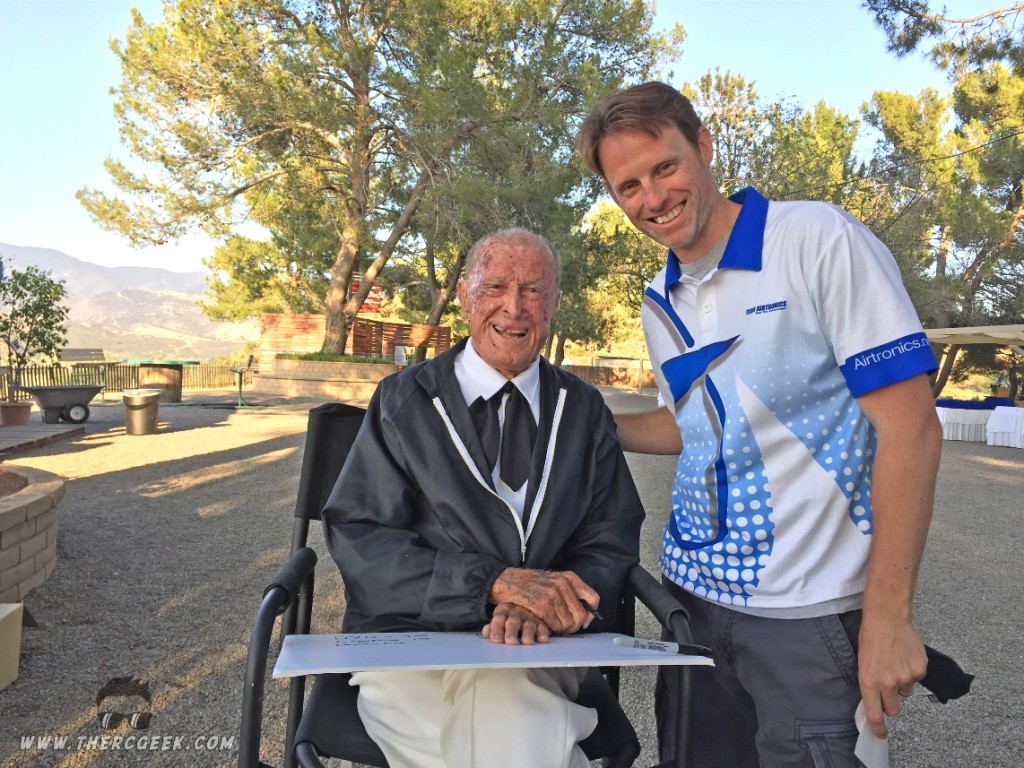 Col Thacker and I

As far as jets, only EDFs were allowed at the event which is common out here as there aren’t very many local fields in SoCal that allow turbines anymore unfortunately.  There were a total of four EDFs there, two of which were mine (JHH Mirage IIIRS and JHH A-7E) while the other two belonged to my friend Brian (TamJets A-4 and Freewing A-6 EDF’s).  No matter though, we represented as best we could getting in as much flying as we could handle. 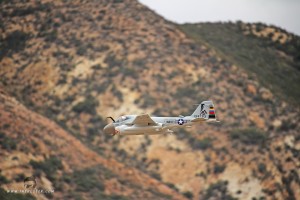 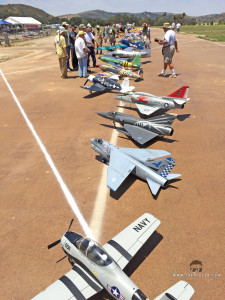 My primary goal in covering the event was to capture video as there was so much cool stuff to capture!  Though I did take the few pictures above, it’s hard do it all between taking video and pictures while also enjoying flights throughout the day.  However, Don Aitken was there and took a number of really awesome pictures.  They have been posted to the OCMA Facebook page along with a gallery on the OCMA site.  Here are a few of my favorites. 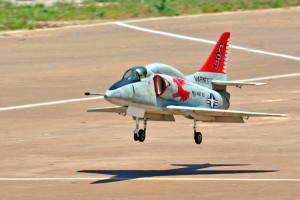 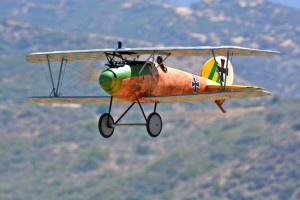 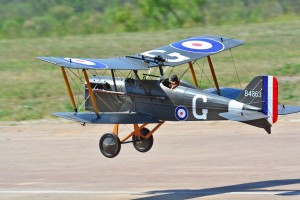 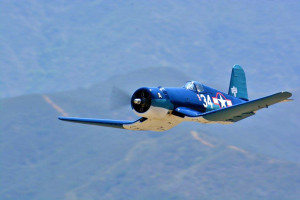 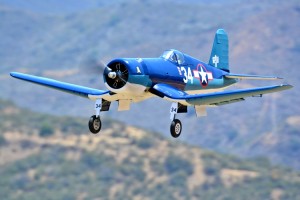 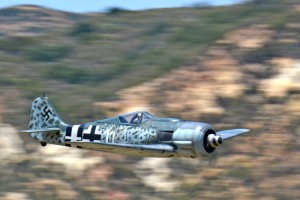 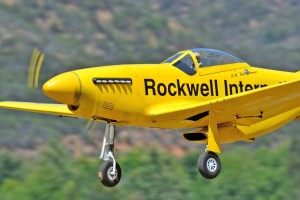 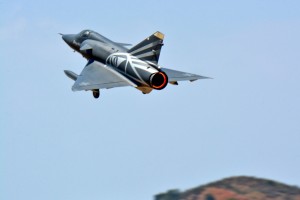 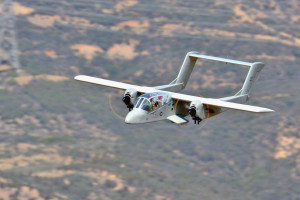 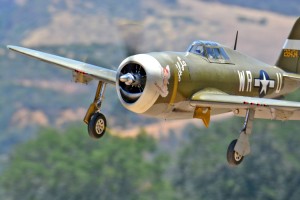 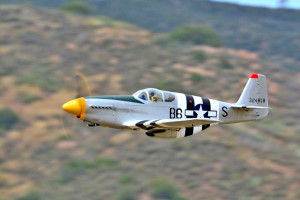 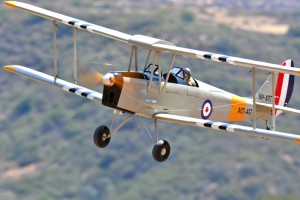 At last, here is a selection of videos from the event.  As mentioned previously, there are more to come in the coming weeks that I will be adding to my YouTube channel, so be sure to subscribe to get those when they are posted!

GIANT scratch built F4U Corsair – Built from a Don Smith plan, this Corsair had a 122″ span and a Moki 5 cylinder radial in it…it was AWESOME!

GIANT Composite ARF P-47 Thunderbolt – Also sporting the 5 cylinder Moki, this was a beautifully finished warbird flown about as scale as it gets

Giant Scale A6M Zero – A nicely built and finished Zero, shades of the Battle of Midway!