Though RC is my passion, as the name on this blog indicates, I’m also a geek (I know, shocking, right?!).  Though I’m not a big reader of comic books or graphic novels (I generally read for research), I love many of the comic book characters and thoroughly enjoy the many movies and TV shows that are out.  I’ve researched origin stories and evaluated similarities of film stories to comic book stories and all that nonsense (cue Ogre from Revenge of the Nerds as he declares, “NERD!!”).  So, you can understand my excitement when this year, I had the opportunity to go to one of San Diego’s institutions…Comic-Con!  If you know anything about how tickets are acquired for Comic-Con, being an average Joe like me, tickets seem almost impossible to obtain.  Somehow this year, we made it through and with much excitement by myself (and the rest of my family), we got tickets! 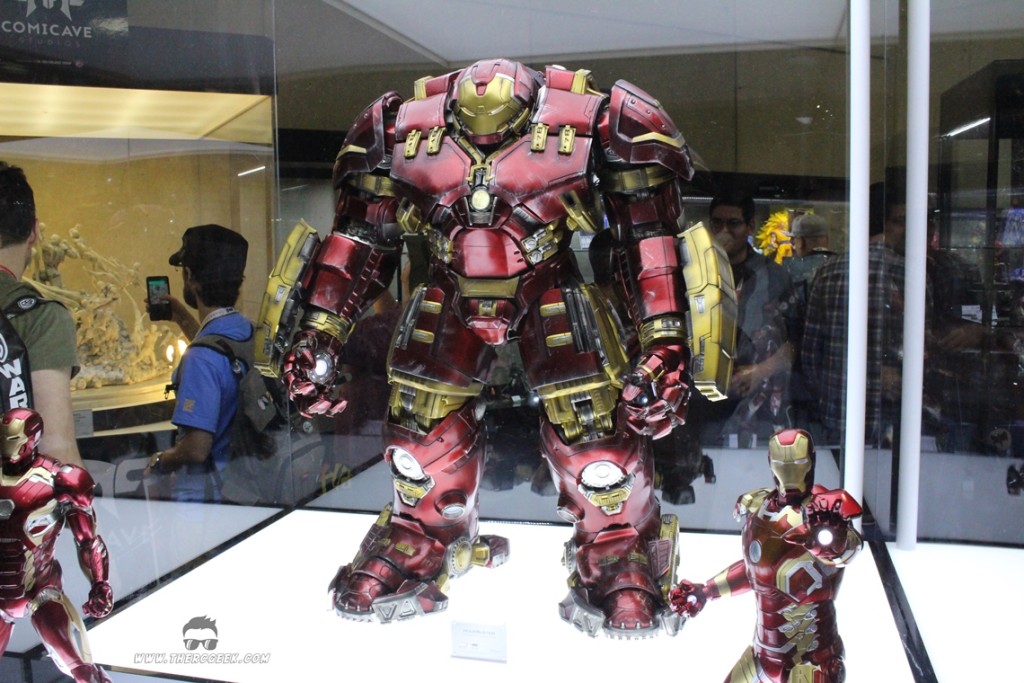 It was an early, cloud covered Sunday morning of getting to the Trolley station (no way were we going to drive down there!) and picking up our tickets.  We arrived an hour before the doors opened and there were already droves of people flowing towards the convention center.  Surprisingly though, getting our tickets was a relatively quick process and before we knew it we were equipped for our adventure.  We hopped in line about a half hour before the doors opened and we waited in anticipation to experience what waited inside for us.

At 9:20 (10 minutes early!), the doors opened and we all herded inside for our Comic-Con adventure.  Once inside and on the main floor, it was completely overwhelming!  Where to begin, where to go?!!  It was the largest convention I’ve been to and the shear number of people was insane.  Being our first trip there, we had no clue what to expect or even where to begin! 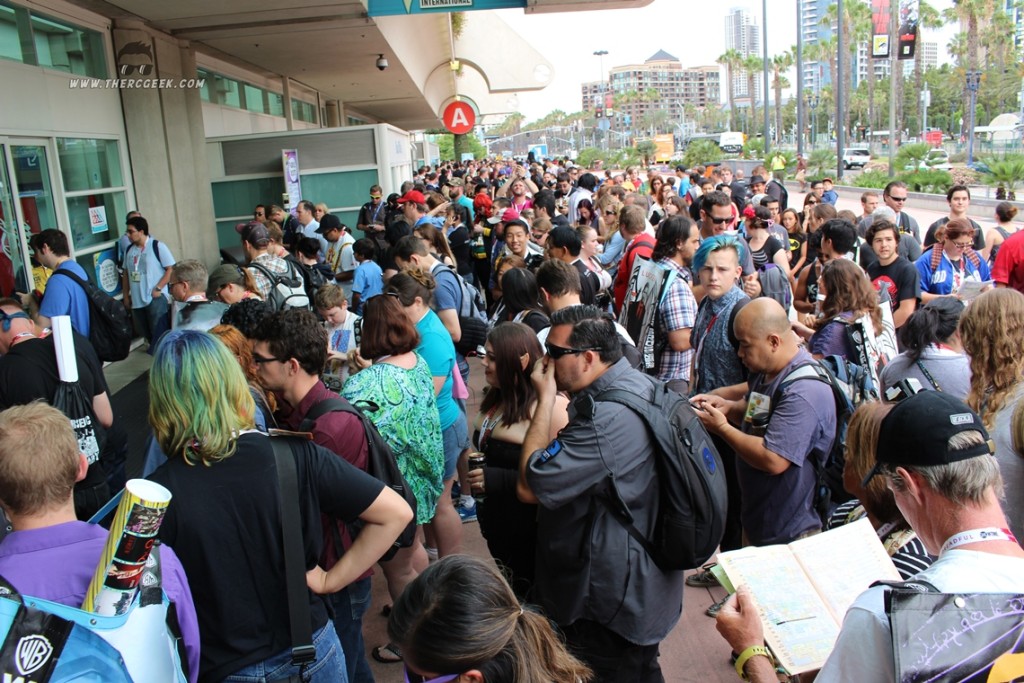 Walking the floor, the funny thing was that most of what I gravitated to the were the models and sculptures.  There were some absolutely incredible models, many of which were props that were used in movies.  There’s not doubt a few things we could observe and apply to our models as we look at this stuff.  Though, I’m not a sculpture artist of any form, I’m always looking at the finish and evaluating how they were painted and weathered to look so lifelike.  That’s what really adds so much realism and it all directly relates to our scale  models.  Here are just a few examples: 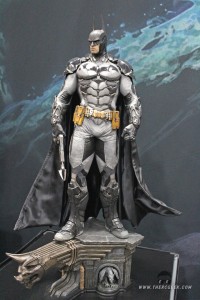 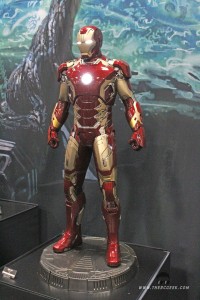 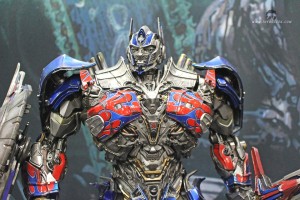 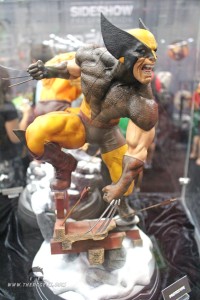 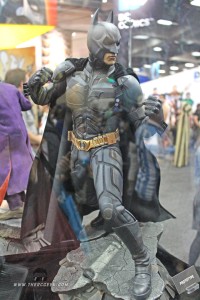 Some of my favorite items were the air and spacecraft movie models including the X-Men Blackbird model that was used in the X-Men 2000 movie.  It was a really large model that looked awesome.  What I found interesting however was that the model had really exaggerated separation/panel lines.  If you thought panel lines on foamies were huge, if you can imagine, these was even bigger!  I’m guessing that it’s in part so that there is sufficient contrast in those areas to be picked up on camera.  Otherwise I would guess it would all blur together into a big grey blob. 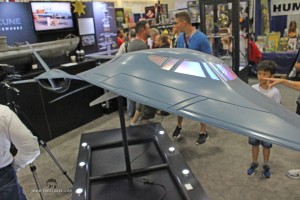 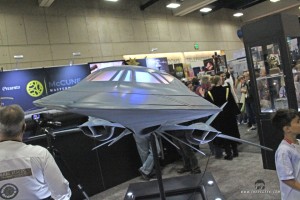 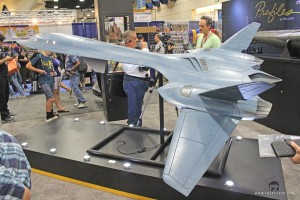 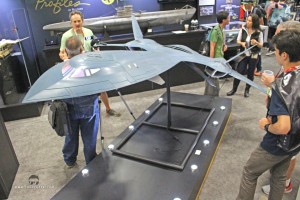 Here were a few of the other cool models: 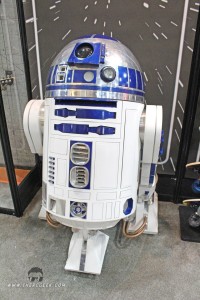 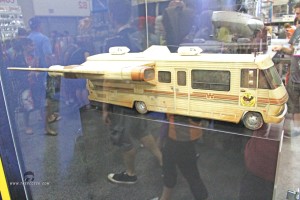 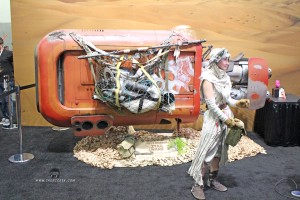 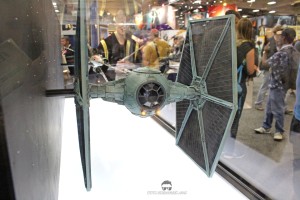 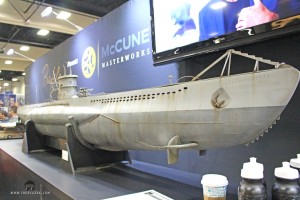 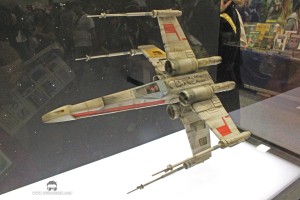 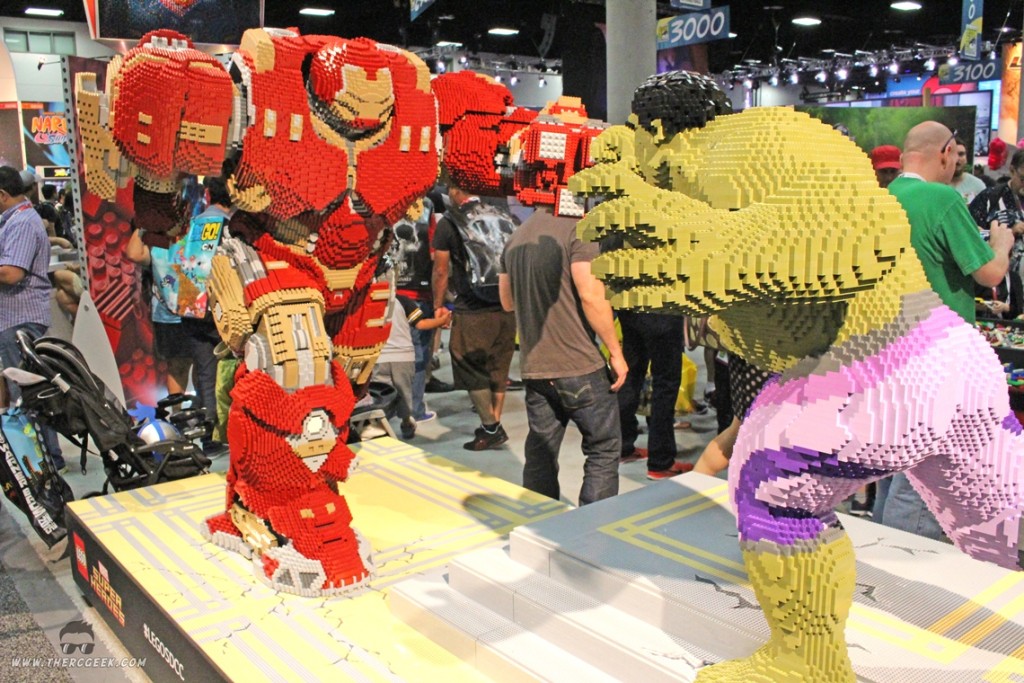 This year was a DC Comics year (not much Marvel Comics presence on the floor) with the upcoming Batman v Superman movie being a main focus.  So, on display they had all of the costumes for the movie along with some of the DC TV shows (Arrow & The Flash).  It’s always interesting to see how these are fabricated.  Needless to say, they are extremely custom and somehow I don’t think one size fits all.  Maybe with some extra protein, we’ll bulk up to fit the BatFleck suit! 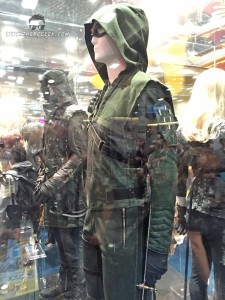 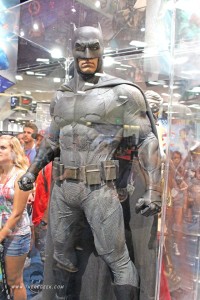 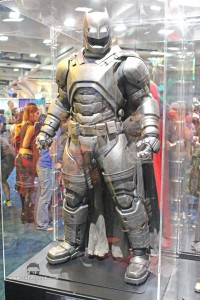 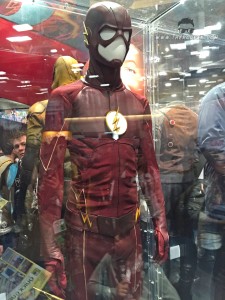 By the end of the day, we were just completely exhausted.  Trying to walk through the floor was slow and difficult at times.  But, it was well worth it.  So much cool stuff to see and geek out over.  If you ever get the chance to go, try to formulate somewhat of a plan ahead of time beforehand, it will help!