Marvel AND DC Comics together…can you even do that?

Since the first Family Build we did, my kids couldn’t wait to do another one!  They kept asking (especially my daughter) to make another vid and build some models.  More building with my kids?  Heck yes!  This time, it’s all geek as a while back, I had come across a plastic kit of one of my favorite comic book characters, Marvel Comics’ “Wolverine” made by Polar Lights/Round2 Models.  Upon investigation, I learned that Polar Lights had a few different characters and so found a Marvel Comics “Captain America” for my daughter (it was fitting since she has a little crush on Cap) and DC Comics’ “Superman” for my son since, based on some of the things he attempts, he must think he’s made of steel!  So, let the build begin!

The kits themselves are all produced by Polar Lights/Round2 Models.  They state no glue required, but the truth is, to have any sort of longevity, glue is a good idea.  In all cases, the models were snapped together and then medium CA was used along the seams which did two things, glue the models together and also fill the seams.  With the glue on the seams, a little 400 grit sand paper smoothed it out and voila, no seams!  Once the figures were fully assembled, they were spray painted white for a base to brush paint over (I typically do this when I paint pilot figures too).  From there, we simply brush painted all of the rest of the colors using an assortment of model master paints.   The skin tones were achieved by painting the skin areas with Radome Tan and then airbrushing some very thinned down Dark Tan over the skin areas until we got the shades we were looking for.  The painting ended up taking much more than I expected (6-8 hours as a guess), but the end results were worth the effort and we all had a blast sitting talking and painting.  We all progressed at about the same rate which was nice and a slight change from the previous DeLorean build.  I have to say that for as much painting as was done, my kids really hung in great and kept working diligently through the whole process.  It was a good lesson for them and they are extremely proud of their efforts (and so am I!). 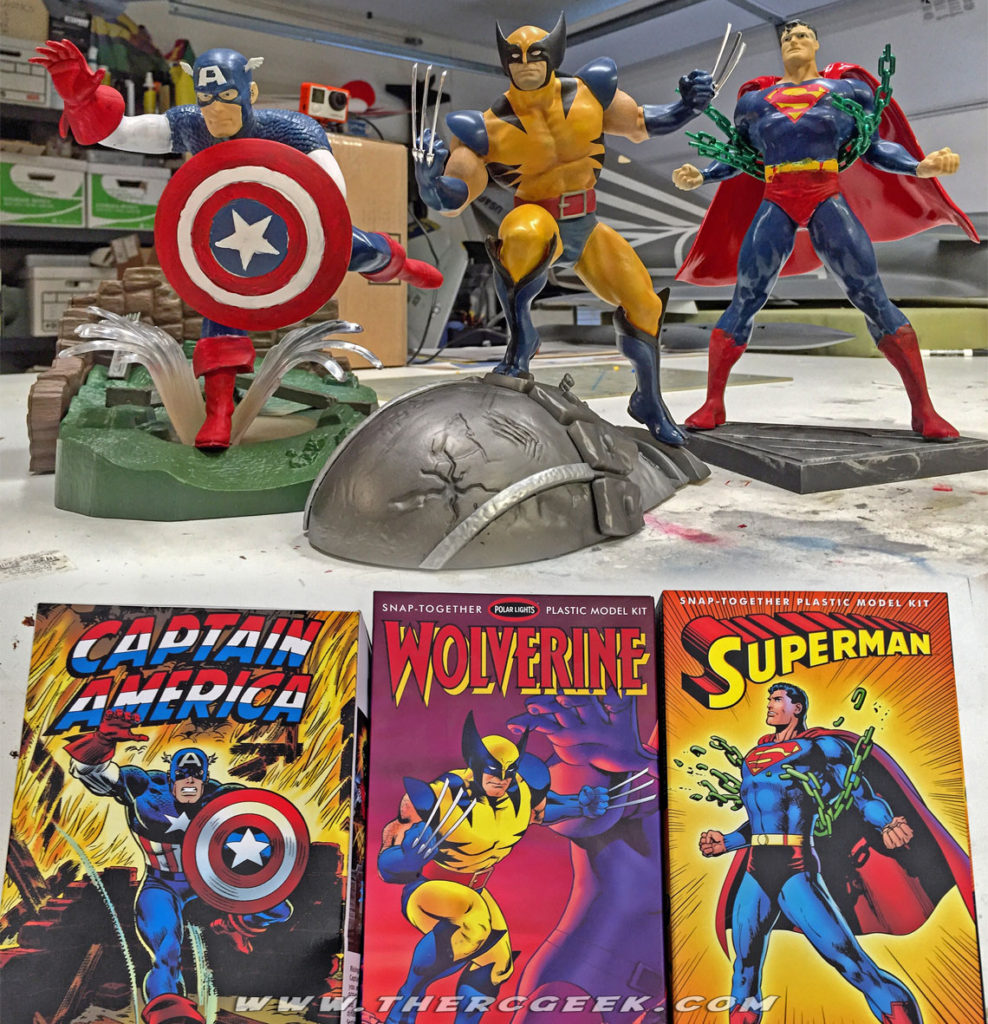 If you’ve seen any of the X-Men movies, then you’re probably familiar with the Marvel Comic’s Wolverine character.  His characteristic healing factor and adamantium claws are unmistakable.  The kit rendition of the character is straight out of the comic book which is awesome!  Don’t get me wrong, Hugh Jackman IS Wolverine, but I’m still waiting for him to rock the yellow spandex and cowl from the comic! 😉  The finished Wolverine model stands about 8″ tall fixed atop of a defeated sentinel droid head.  The sentinel base was painted using a couple different shades of Alcad II aluminum.  I tried to give him a little 5 o’clock shadow, but not sure if it just made his face look dirty or not.  Also, when airbrushing the Dark Tan, I used it as a wash over the whole character which helped darken up some of the recesses.  Then I did a small amount of dry brushing on some of the highlights. 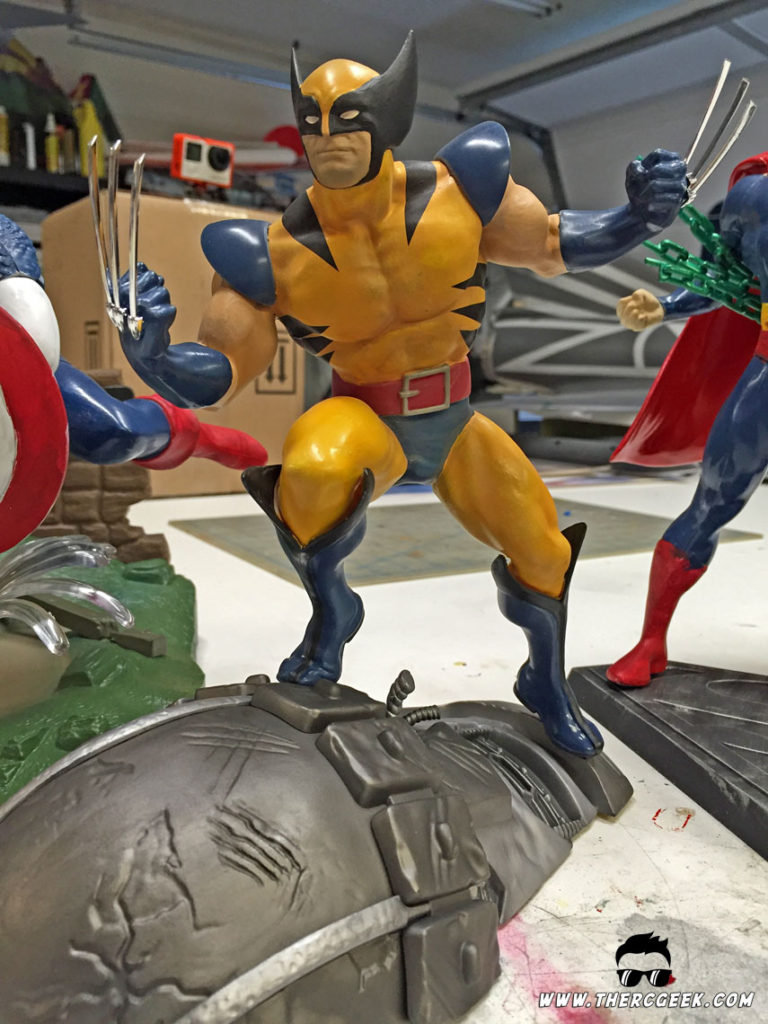 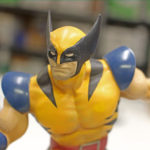 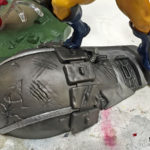 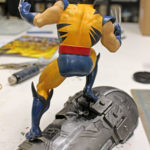 As a character, we love Captain America; he’s been one of our favorite characters in the Marvel movies.  Plus, my daughter has a little crush on Chris Evans, so it was only fitting that she build a Captain America model!  The model itself is a nicely molded re-release of an older Aurora model depicting a scene from an early comic book.  The instructions are nestled into the front of a comic book story which is a fun way to provide instructions, especially for a kid.  Cap’s uniform is the classic “scale” armor from the comic which has lots of texture and is a great base for some dry-brushing and washes (my daughter tried a little dry-brushing on him).  He’s posed on a large base hurdling over a brick wall landing in a puddle ready to attack the Red Skull.  Needless to say, the kit builds into a really cool and good sized diorama. 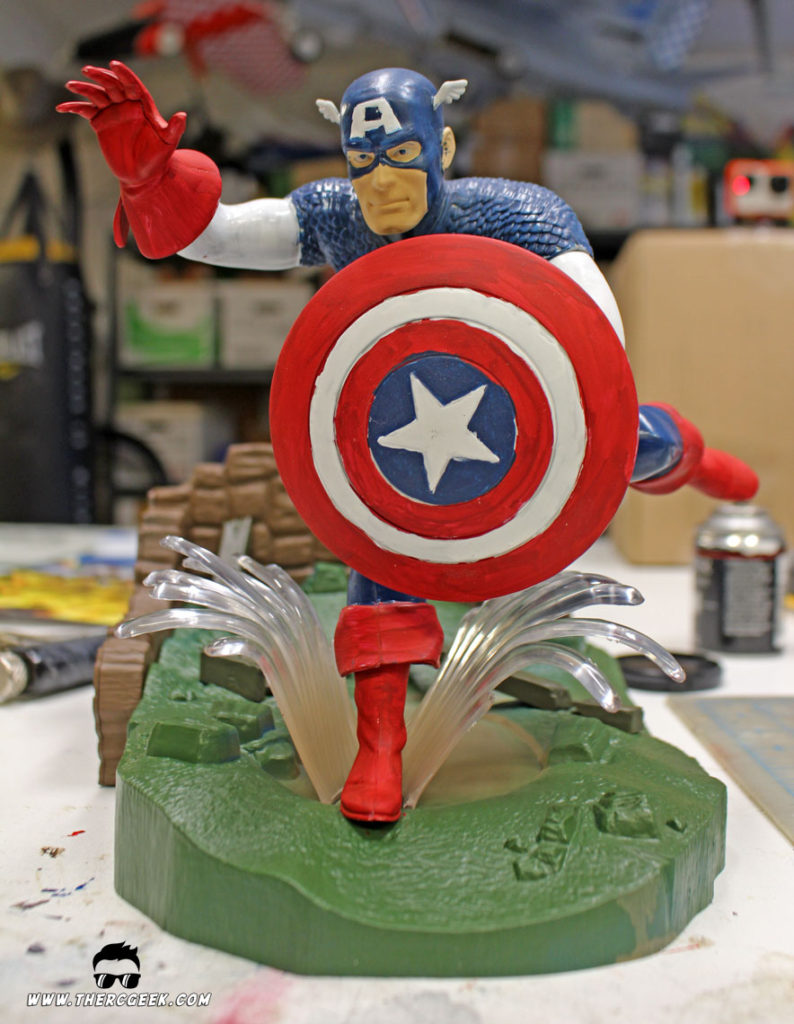 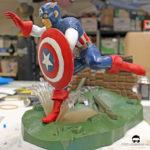 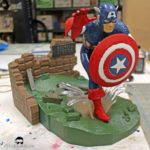 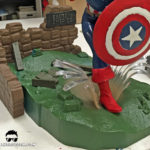 Between the multiple TV shows and movies that have come out over multiple decades, Superman is probably one of the most recognizable comic book characters out there.   Though we are mixing Marvel and DC here (sorry! 😉 ), this ended up being a perfect build for my son.  It went together well and the painting was simple enough that it kept him interested and didn’t discourage him at all.  The finished model attaches to an “S” base where Superman stands about 10″ tall breaking kryptonite chains (you can’t hold him down!).  The rendition is very good and seems to look very much like the comic book.  The one complaint I would make is that the “S” decal for the cape and chest were fiddly and didn’t lay down very well.  Even with multiple applications of micro sol. 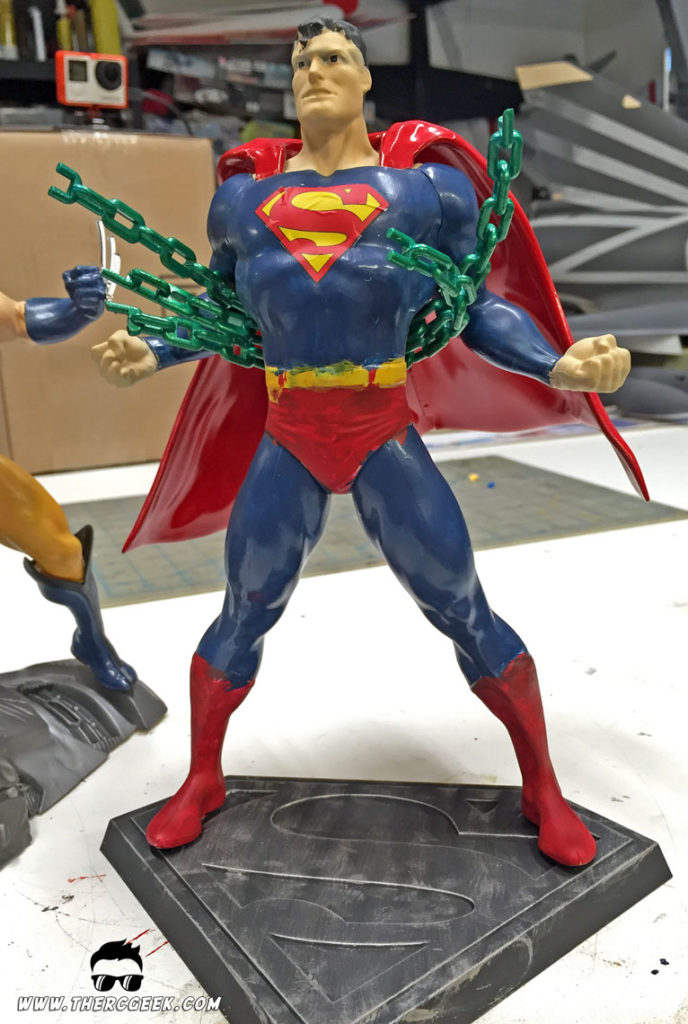 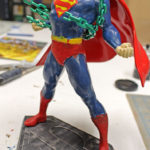 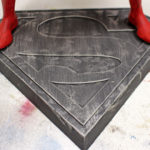 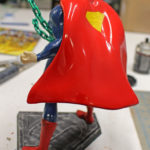 I suppose it might be a little sacrilegious by mixing DC Comic’s Superman and Marvel Comic’s Wolverine and Captain America…but then again, maybe we’re on to something, right?  They could be the founding members of the cross-comics Avengers League!  Or the Justice Avengers?  Wolverine, Captain America, and Superman!  It’s totally a thing… 😉 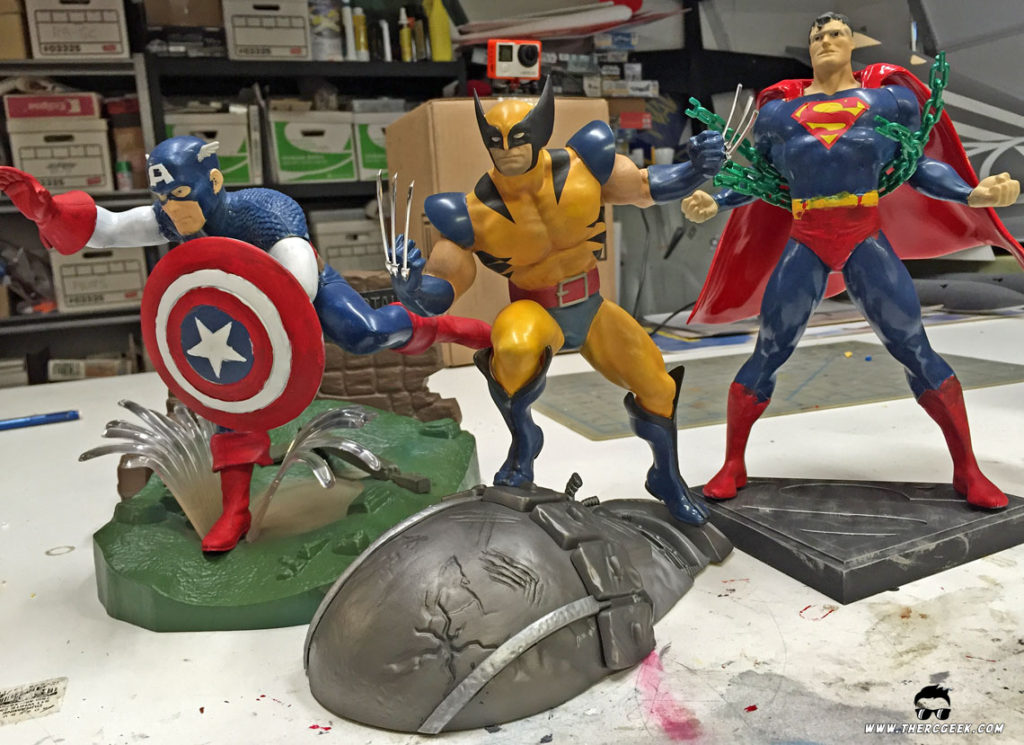