With the 2016 Scale Master’s Championships just a few weeks away now, here’s a little glimpse into the journey in getting there.  In addition to this, I also had some pains at the Gilman Springs qualifier too which I wrote about in my coverage from the event.  So, it’s been an interesting year that ultimately has improved the airplane as a whole, but not without a lot of frustration and multiple stints of repair work through the year.  But, with a little persistence (and lots of complaining), I think we’ve got it all worked out and the Mirage IIIRS is ready to go big at Woodland-Davis! 😉

Well, if you follow this site on Instagram or Facebook then you know that the inevitable happened!  My competition Mirage IIIRS crashed!  I was at an event back in October last year and for whatever reason, the fan wasn’t making the power it typically does during takeoff.  The takeoff roll was sluggish and instead of aborting and taking home a perfectly fine airplane, I forced the airplane off the ground thinking it would be ok once airborne.  Unfortunately, that wasn’t the case and I couldn’t get enough altitude to get the speed up and the airplane ended up landing in a few large bushes.  I walked up to the airplane expecting the worst and found it upside down but thankfully mostly in tact.  I was very fortunate!  The most damaged area was the nose section being broken but thankfully still connected to the airplane.  I later discovered that the lack of thrust was likely due to a combination of tired batteries not holding voltage under load and a partial blockage in the exhaust duct being caused by some loose tape that I was unaware of.  Thankfully it was repairable and so I thought it would be a good opportunity to discuss some basic fiberglass repair.  Oh, and the lesson here??

LESSON OF THE DAY: If your airplane isn’t doing what you expect it to, abort and troubleshoot! 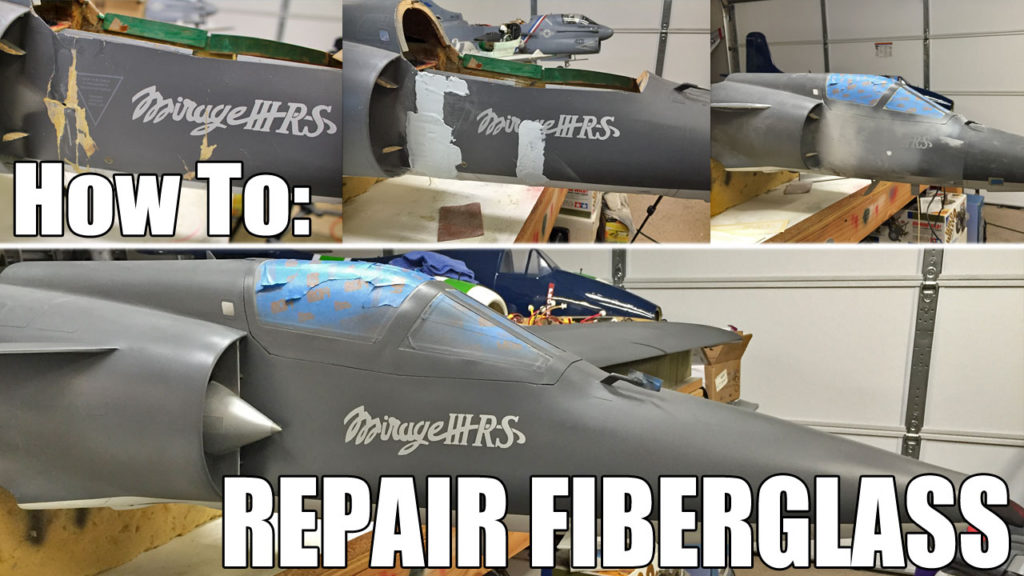 The most impacted area from the crash was the nose.  Though technically still attached to the fuselage, it was pretty “crunchy” and loose.  Both sides of the nose END_OF_DOCUMENT_TOKEN_TO_BE_REPLACED