The road getting to the 2016 US Scale Masters Championships was not an easy one for me this year, that’s for sure.  Ever since crashing my Jet Hangar Mirage IIIRS last year, I had been plagued with mishaps and bugs throughout the year and truth be told, it got pretty discouraging…to the point that I contemplated not going multiple times.  But, the championships were at the Woodland-Davis Aeromodelers field which is where they were in 2013 and it was such a great event, I knew I had to get there in 2016.  With everything leading up to the event (I even had a mishap requiring repairs two weeks before I was due to leave!), I never in my wildest dreams imagined that I would be reporting that I came out of the event as the “Grand National Champion” finishing 1st place in Expert!  And to have my dad there calling for me while competing with an airframe that stemmed from the very first RC jet design he kitted back in the late ’70s was just such an honor for me. 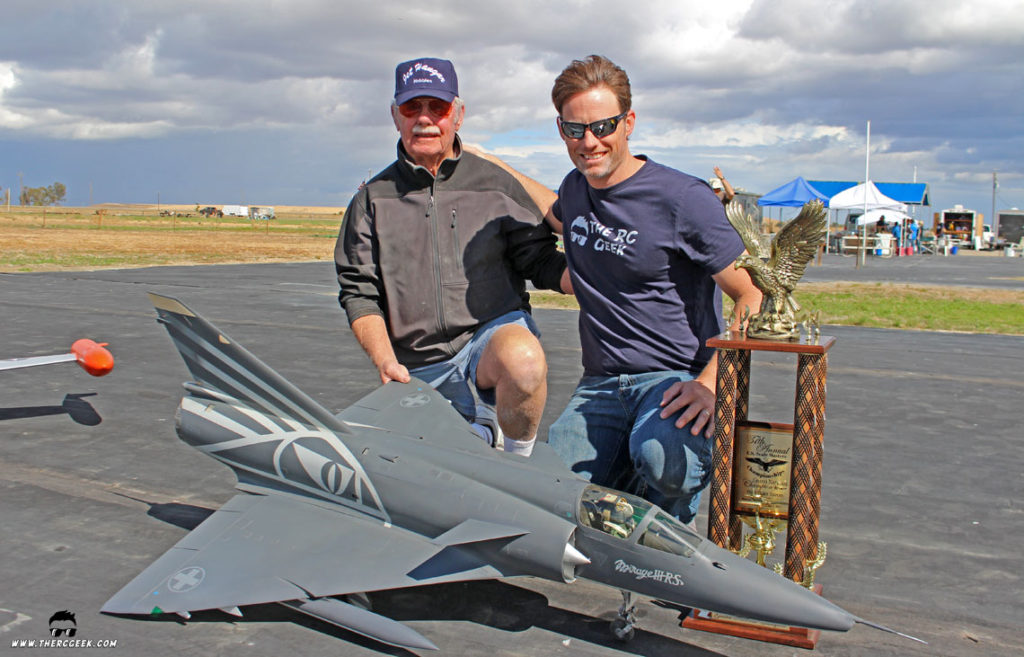 Organized by the US Scale Masters Association, the US Scale Masters Championships have been ongoing since 1980.  From the beginning, this national championship has hosted some of the best scale builders and pilots in the world and have continued to do so for more than two decades.  In order to attend the national championship, a competitor must qualify at a regional qualifier event (I covered the Gilman Springs Qualifier a few months ago).  The truth is, I remember attending numerous qualifiers and championships out at Mile Square Park (that flying site is sorely missed!) in Southern California as a kid with my dad and I have always remembered the caliber of  the airplanes being just incredible (I tried my first qualifier at 18 with a Royal Zero kit I built).  2016 was no exception as the airplanes in attendance were beautifully crafted and masterfully flown! END_OF_DOCUMENT_TOKEN_TO_BE_REPLACED