When someone mentions the allied fighters from World War II, I would imagine the P-51 Mustang is usually first on people’s minds.  However, the less glamorous P-47 Thunderbolt was ever so much a workhorse in the war having operated in every theater.  It was a fast and heavy weight fighter built like a tank that could withstand an astounding amount of punishment!  Combined with it’s eight .50 caliber machine guns while being able to carry 3,400 rounds (compared to the Mustang’s 6 guns and 1,800 rounds), it was a deadly machine.  Add in the aircraft’s external stores capability and the P-47 could deliver about half the payload of a B-17 when gully loaded!  If it was lacking in some way, it would have been the range which was roughly half that of the P-51.  Being a large powerful fighter makes it harder to run a marathon I suppose.

Needless to say, the P47 makes for a darn cool model and has always been a popular subject.  It makes sense given the wide gear stance and wonderful proportions of the design.  So, when the E-Flite 1.2m P-47 Thunderbolt Razorback came to market, there was no question that it would be an awesome flying warbird.  Especially given Horizon Hobby’s track record of great flying P-47’s in multiple sizes. 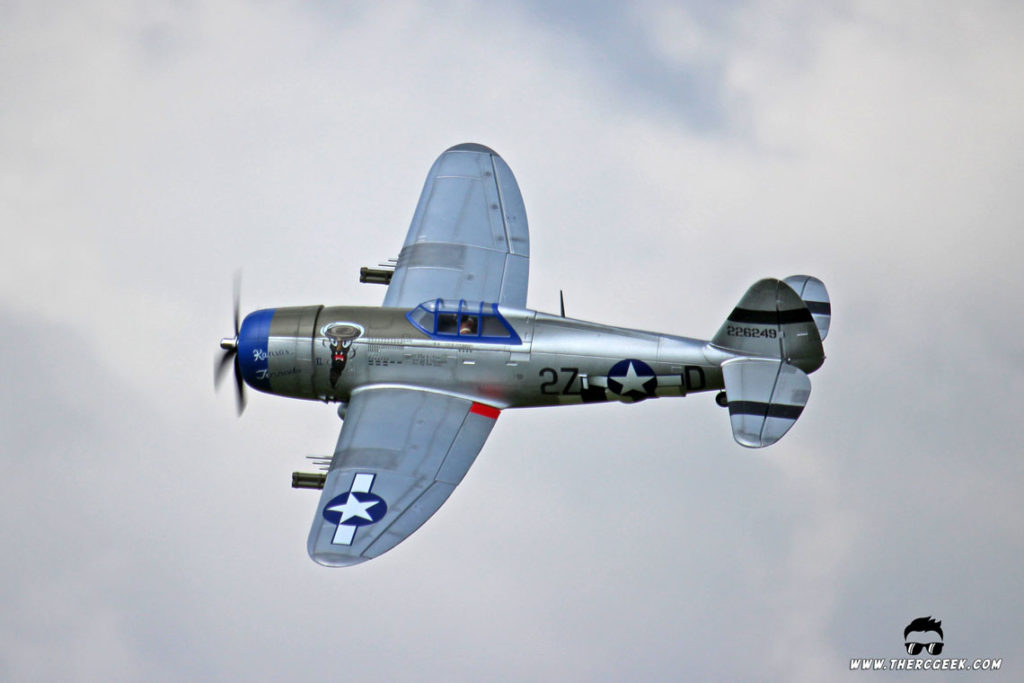 The 1.2m P-47 comes wonderfully packaged and pulling the airplane from the box, I
don’t think I noted really any shipping damage.  The parts count is really low having END_OF_DOCUMENT_TOKEN_TO_BE_REPLACED