Welcome to the final episode in our foam kit bashing series!  It was quite the journey getting here and I actually didn’t intend on it taking as long as it has to document the whole series, but life has been crazy with no signs of slowing down it seems (plus, I just started a new position at work!).  If you’ve just found this series, we have gone through and completely transformed a Freewing Mirage 2000 into an Isreali Kfir.  As a part of that, we covered the transformation process talking through the building methods in converting the airplane using balsa wood and foam, we’ve talked about painting and finishing and we’ve also covered how to make panel lines and add realistic weathering.  I hope that you guys have enjoyed the series and are geared up with some new techniques to try on your models!  To finish this series up, I thought it would be best done providing a little discussion on how the airplane flies in it’s new form as well as some of the things that were done in wrapping the airplane up and getting it tuned in the air.  Also, I had a little incident with the airplane at the Warbirds & Classics event which tore out the right main landing gear mount.  So, I thought it would be a good opportunity, now that we have this nice new airplane, to show how to make cosmetic repairs when they are needed as well.

In doing all of the final setup for the airplane, I didn’t want to change too many things all at once since the airplane flew well in the Mirage 2000 configuration.  I knew however that I did want to change out the radio.  Airtronics has been my go-to radio for quite literally, decades (even had a sponsorship with them).  Though a good radio, it’s a system that’s just not supported in the US anymore and frankly, SANWA/Airtronics gave up on the airplane market years ago anyway. 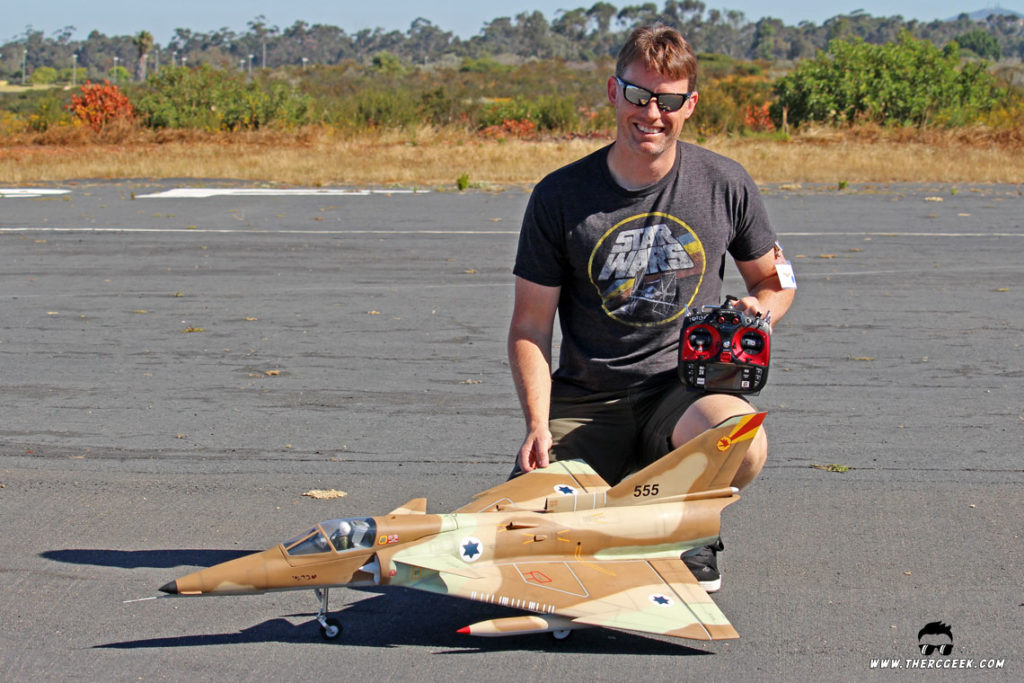