Another year, and another AMA West Expo show! Catching up with old friends and seeing what’s new is always the name of the game and there was certainly plenty of that!  The big news this year was that the expo will be held in a new location next year (which will actually be this November), the Pomona Fair Grounds (promo vid at the end of this article).  This should be a nice change for the show as it will allow significantly more outdoor activities including flying, racing and all that other good stuff that we can only get limited doses of in Ontario.  For the show itself, there was a nice assortment of vendors as there always is, but there seems to be a bit of turnover in the hobby right now.  Some of the old stand-by vendors and shops don’t seem to be standing by as much as they used to and newer vendors seem to come and go.  Hopefully this new location will help re-invigorate things a bit and bring in some additional interest and vendors!

For me this year, I was only able to make it on the Saturday so I setup shop with a couple airplanes on display in the Scale Squadron booth.  I didn’t think the bring Lady Alice last year, so I brought it along with our kit bashed Kfir which fit well within the booth.  There was also on hand an absolutely gorgeously built F3D Skynight in work by Rob Han (his own design).  I’ve known Rob for a long time and he has always done some really ingenious work.  He actually plans to run the airplane with a geared glow engine driving two ducted fans.  I of course told him EDF would be far simpler! 😉 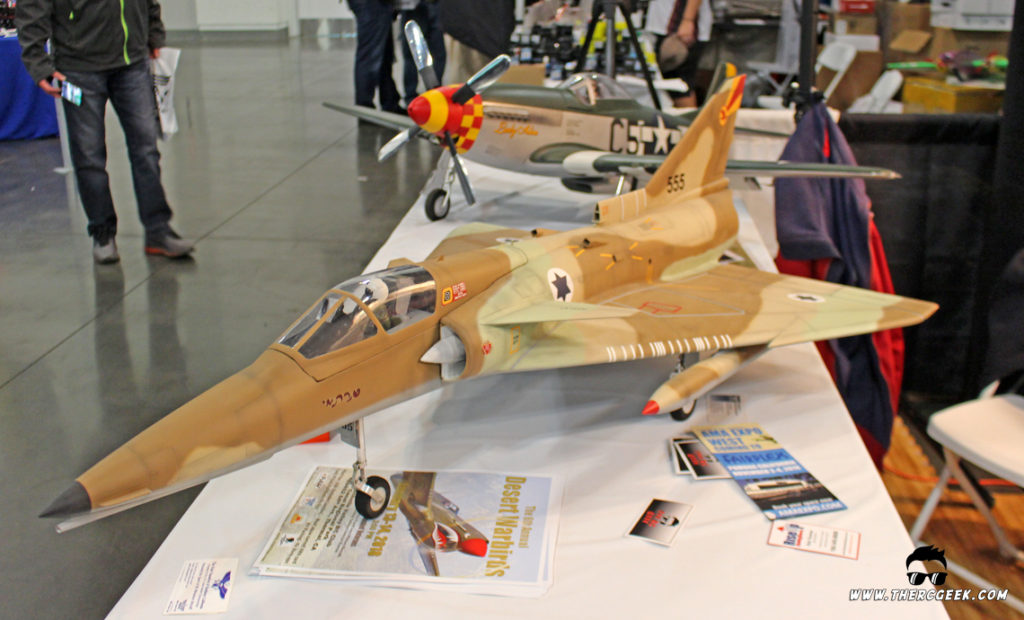