FLIGHT OF THE FIRECAT

You never know who you will meet in this hobby.  Though, you’re not likely to meet a celebrity, what you do get are opportunities to meet the amazing men and women who flew the iron that we so passionately model.  Model aviation truly is a gateway into full scale aviation and for many, has been a vehicle that has influenced so many careers.  This was the case for me and I know has been for so many others.  It’s something that is extensible to anyone willing to try and really fosters a community atmosphere for those who participate.  For me, flying scale gives me a chance to fly airplanes that I would otherwise never have the opportunities to fly in some form while also allow me to appreciate fully the beauty in the design.  It is also a way to celebrate the amazing aviation history and achievements of those who have risked their lives countless times throughout that history. 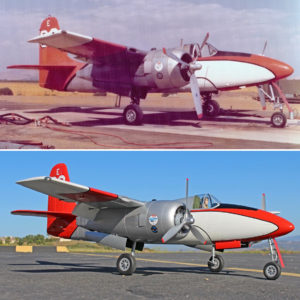 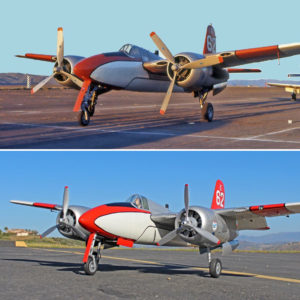 So, about two months ago, I had the pleasure of meeting a gentleman by the name of Bob Forbes as he was looking for a little help in getting an airplane flown that he had commissioned.  Little did I know was that Bob was a retired Fire Bomber pilot who flew for TBM Inc. which was the company that owned and operated a fleet of F7F Tigercat Fire Bombers (along with C-2 Trackers and other aircraft).  I should point out that with every Tigercat that’s careened my workbench I have long drooled over the paint schemes of these Fire Bombers countless times as I absolutely love them!

Bob arrived at my house on a Sunday afternoon for me to take a look at the airplane that he had someone build for him.  As he pulled the airplane from his truck, I started to understand.  Bob had a FlightLineRC F7F Tigercat refinish commissioned by Bob Vanderveen in Ramona and he was looking for some help getting it flown.  As we END_OF_DOCUMENT_TOKEN_TO_BE_REPLACED