During the AMA expo January 2018, it was announced that the show was being moved to the Pomona Fairplex and would also occur in November.  Well, needless to say, November arrived before I could blink and it was time to start thinking about the show!  This time around, kicking off the new venue, the AMA reached out asking about doing some how-to clinics throughout the weekend.  The idea I had was to provide some weathering how-to’s on a couple airplanes through the course of the weekend and then on Sunday afternoon, give those airplanes away.  Well, thanks to the AMA and Horizon Hobby, we were able to make that happen and it was a great time.  Horizon Hobby donated an E-Flite P-51 and an FMS Yak-130 for me to work on during the weekend which we gave away on Sunday afternoon. 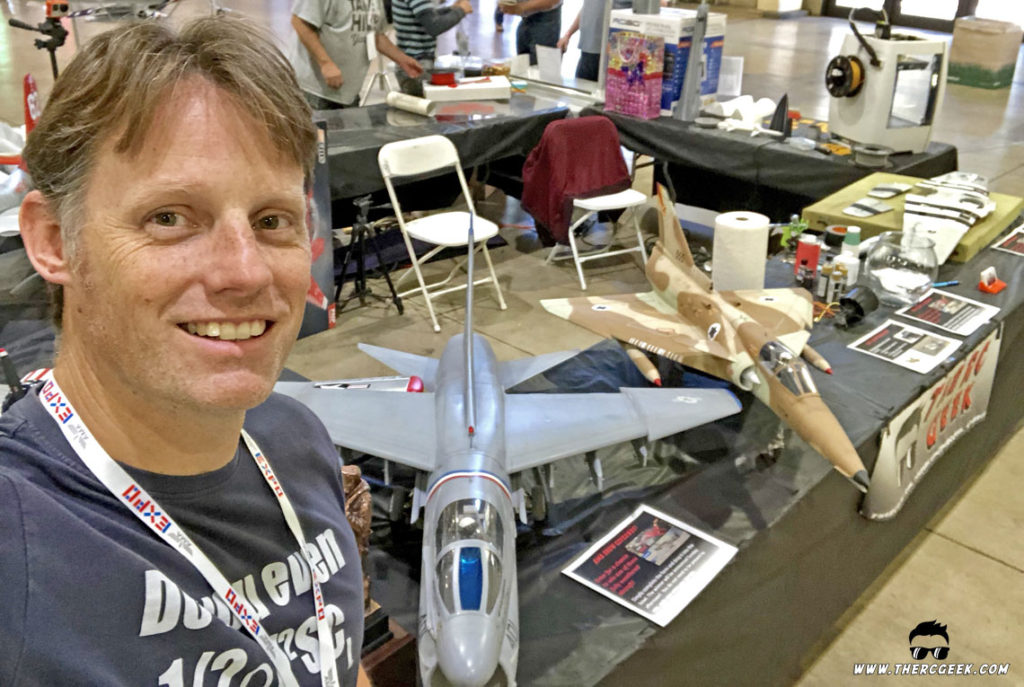 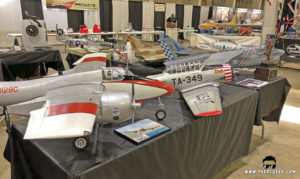 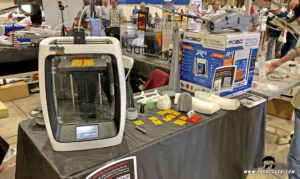 This year, I had a full booth and through the course of the weekend, I was showing weathering techniques on the donated airplanes provided by Horizon Hobby.  For one of the clinics, I was able to do a weathering session on the main stage for the purposes of recording video.  Below is the end result as well as a few pictures of the finished airplanes.  The techniques mentioned in the video kind of run through the gamut of what I like to employ when I’m weathering up an airplane and are applicable to any medium of aircraft foam, glass or otherwise not to mention any size.  Additionally, combinations of the techniques can be used to achieve a myriad of effects including metal hot sections and such as well.  The key is to experiment and to see what works best for the effect you’re going for, but generally speaking the approach I take is washes first followed then by airbrush shading (of which should be done with very thin paint).  Less is more, so as the shading is applied, if more is desired, simply spray another pass.  It’s far easier to add more color to get the effect than to take color away.  Lastly, it’s worth pointing out that the paint mediums can be swapped too.  I was using acrylics for washes to avoid reactions to the stock paint of the foam airplanes, but oils could be used as well so long as there aren’t any reactions to the base paint.  Ultimately, it’s all about experimentation and finding what techniques and mediums work best for what you’re looking for.  I’m thinking that I will most likely write an additional article to expand on the different techniques specifically to support this video in the future, so be on the look out for that at some point. 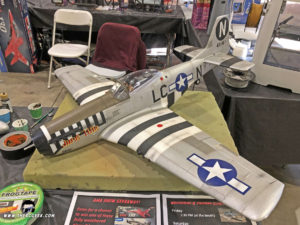 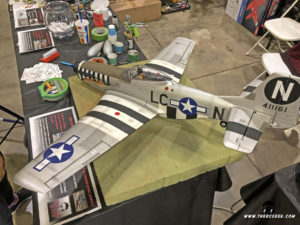 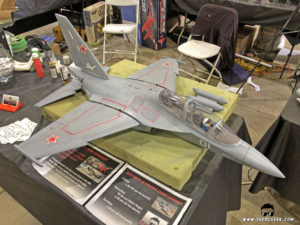 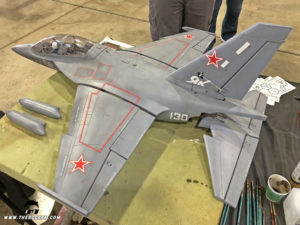 In terms of the new venue, it really seemed to lend itself well to the show.   There was a ton of space in the main hall with numerous vendors on hand as well as an outdoor field for flying which was a nice change from the previous Ontario venue which offered indoor flying only.  Having a booth at the show, I wasn’t able to cruise as much as I would have liked and unfortunately, never got a chance to get out to the flying area.  Much of my time was spent working on the airplanes and doing weathering clinics.

My big score from the show was discovering the gorgeous AT-6 Texan kit from Dave Page at Scale Dynamics.  Ever since having reviewed and repainted the E-Flite AT-6 Texan, I’ve absolutely fallen in love with the airplane and have since been looking at building a larger one.  Well, seeing the Scale Dynamics design, it quickly became a must have as the shape looked right with a beautifully molded fuselage and it was a good manageable size.  I have the kit on hand now (pictured below) and we will be starting the build soon once I catch up on a few other projects and videos first.  She’ll be a bigger, more scale, electric version of my E-Flite Dazzlin’ Deb with a full sound system. 🙂 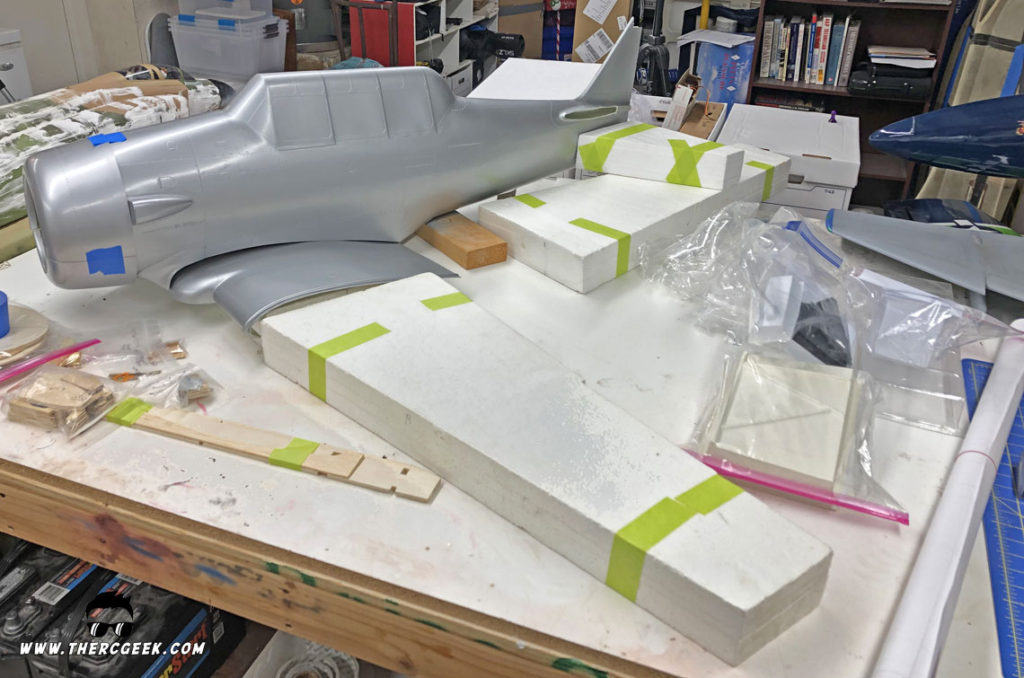 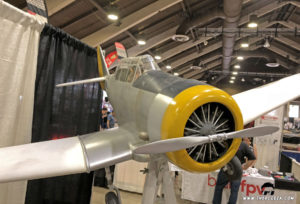 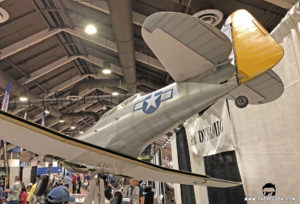 Otherwise, the primary “new stuff” highlight for me was seeing the new  Hangar 9 20cc P-51 Mustang in person (I realized in the process of writing this that I forgot to take pics of it, doh!).  It is a very nicely built covered airframe I have to say!  Also, MorganTech was on hand displaying and talking about 3DPrinted airplanes.  He had a great display of 3DLabPrint airplanes as well as a few others too including a large 120mm EDF L-39.  He actually printed up one of those L-39’s for me a while back as it was too large to print on my printers which will be a future project we’ll be talking about here once it’s on the bench. 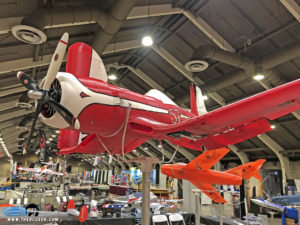 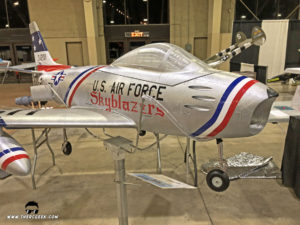 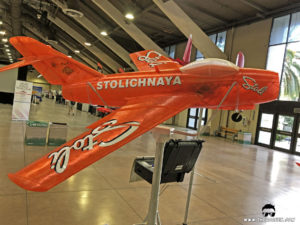 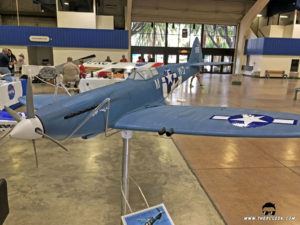 The static model competition is always one that I look forward to seeing at this show as there’s always some nice looking airframes there.  The big scale competitor that really stood out was Dave Page’s Moki powered F8F Bearcat.  It was gorgeous!  There were also some really incredible free flight airplanes this year that were just immaculately built.  Free flight building is truly an art in itself…and a skill I’ve definitely not found in myself…  Here are a few of the highlights. 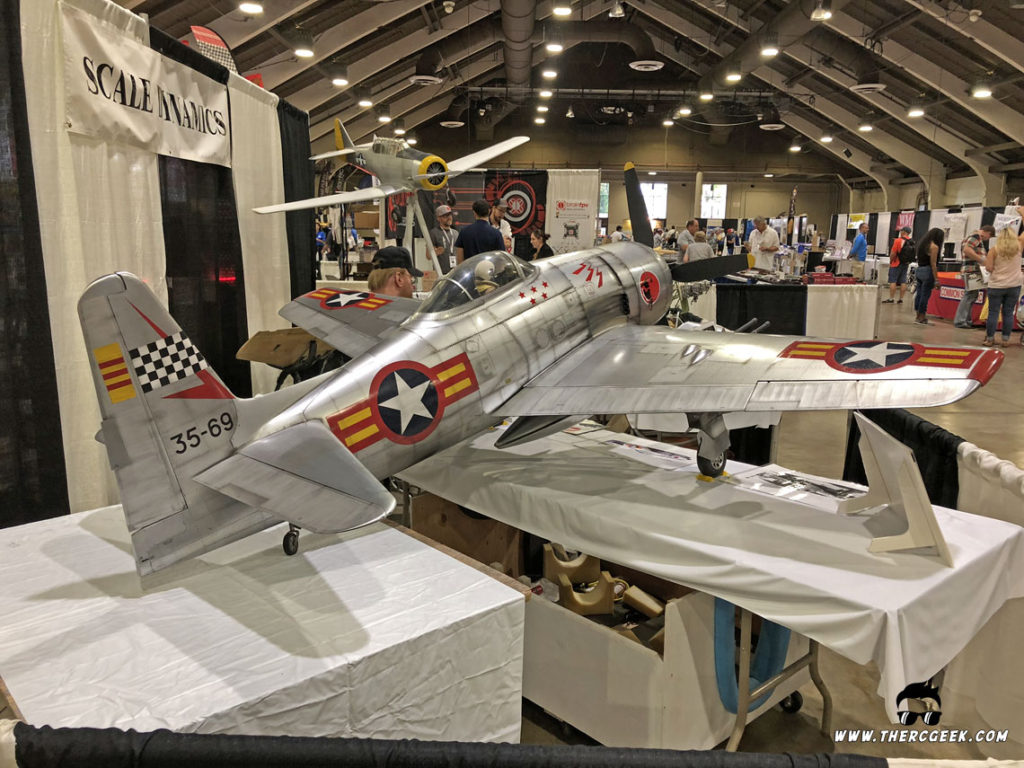 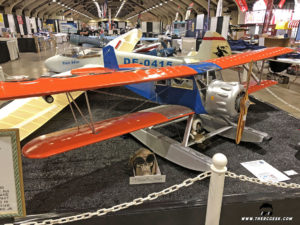 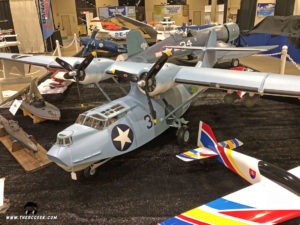 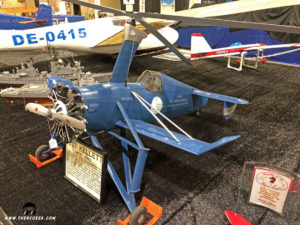 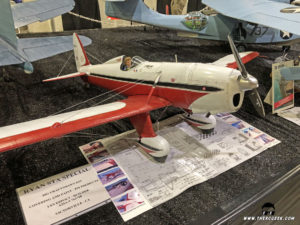 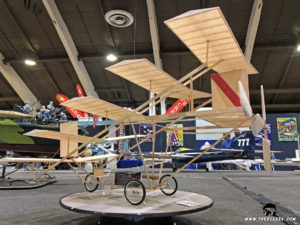 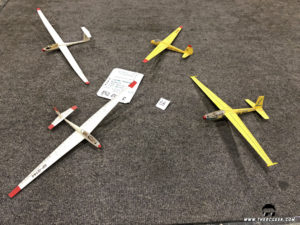 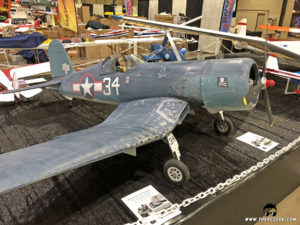 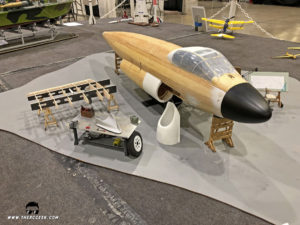