Flight of the Flir Cat…The Sequel!!

I tell you what, it has been quite the journey getting here!  As a project, this Freewing F-14 Tomcat refinish took much longer than I had originally planned based on all of the other distractions that have come through the shop, but I’m so happy with how this model turned out in the end.  It did take a few flights to get tuned and I have made a few small modifications in the process since our last installment, but otherwise I’m happy to report that the Tomcat is flying quite well.  The F-14 Tomcat has such a great look and presence in the air, you just can’t beat it!

Oh, and I love the looks of the low viz Navy camouflage by the way, especially with the Flir Cat nose art.  The low viz gray is not the greatest color against a blue sky, but a dirtied up Tomcat flying around just presents so authentically!  I may have to consider this or a similar paint scheme when it comes time to build my 1/10 scale DCU F-14.  All in due time of course… 🙂 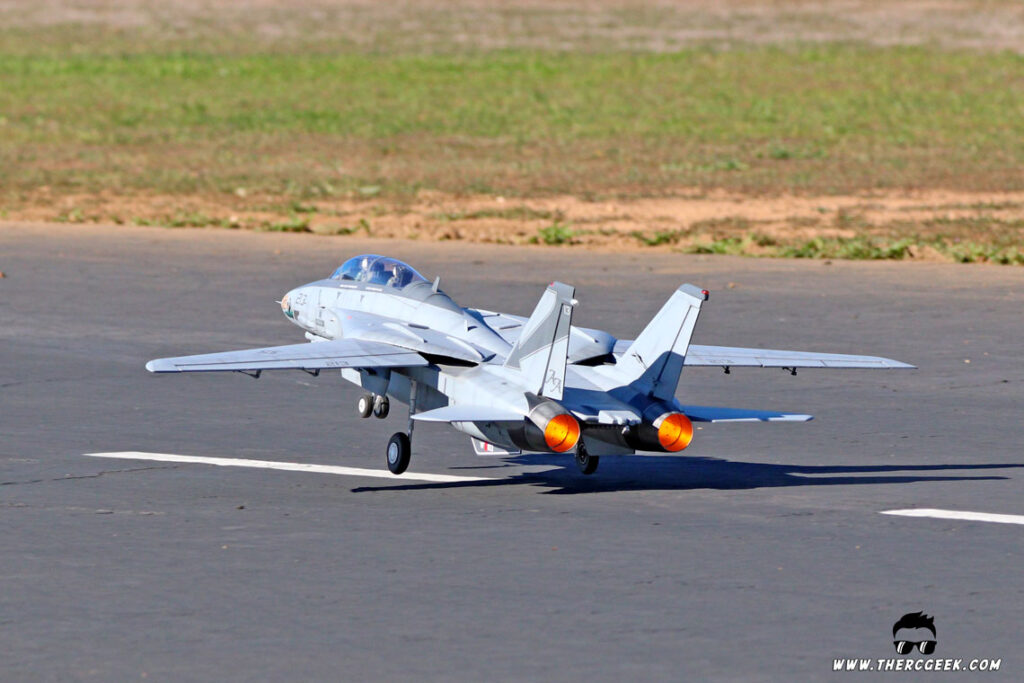 Well, in wrapping up this series, I thought I’d touch on some of the final F-14 modifications I made in finishing the airframe up, talk through the programming in more detail since I’ve had a number of questions about that, and then talk through how she flies in her refinished state.

One thing I was never fully happy with upon finishing the F-14 in our last installment was the look of the nose gear.  While it was perfectly functional and didn’t look bad, it lacked the scale look I wanted.  Well, END_OF_DOCUMENT_TOKEN_TO_BE_REPLACED