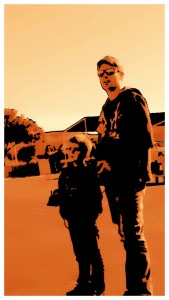 Chris Wolfe (The RC Geek, as coined by his wife) is the son of AMA Hall of Fame member Larry Wolfe (the world renowned RC jet pioneer & owner of Jet Hangar Hobbies, Inc.) and grew up being exposed to all aspects of the radio control hobby. His passion for the hobby started at an early age when he began building plastic models at the age of 3. By age 11, he was flying RC aircraft and by the age of 18, had finished his first competition scale airplane, an A6M5 Zero built from a Royal Zero kit. Since that time, Chris has built numerous award winning competition scale aircraft and recently won 1st place in the Expert class at the 2016 US Scale Masters National Championship being named “Grand National Champion” with his EDF Mirage IIIRS EDF (first time an EDF has won this title!).  Along the way, Chris has also dabbled with RC cars, RC boats, model rockets, you name it, he probably tried it!

Chris’ true RC Geek-dom comes with scale aircraft. He loves to build as much as he loves to fly and loves to share the knowledge and techniques he’s acquired through the years. With an aerospace engineering education, the knowledge shared from his father, and the

techniques he’s developed and honed on his own, he has much to share. Chris’s passion has led to him starting this blog in the hopes to share techniques and build tips and hopefully inspire modelers of all ages to do something out of the ordinary.

Chris currently resides in San Diego where he works as an aerospace engineer. When not building or flying (as if that happens!), Chris enjoys spending time with his family, exercising, photography and playing the guitar. 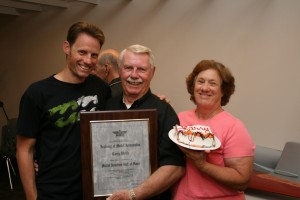 Chris with his Mom (Cyndy) and Dad (Larry) at Larry’s Hall of Fame Induction Ceremony.