Finishing up our FMS P-51 “Lady Alice” transformation, it’s only fitting to provide a flight review of the model (with info on how I set it up) along with some video!  In short the airplane fly’s awesome and looks incredible in the air in her “Lady Alice” coat of colors.  If you’re just catching this for the first time, you can catch my previous articles and videos on the whole foam warbird re-finishing process here.  Give it a shot, it’s worth the effort!

It took a couple flights to dial in so I thought I’d present what my final control throws and CG location converged to.  First off, to clarify the instructions, the recommended CG is 110mm as measured from the leading edge of the wing root (NOT the leading edge of the wing saddle).  This ultimately proved to be the right place, but being leery (typically the CG is always given as too far aft for these Chinese made ARFs), I Initially CG’d the airplane a little forward of the recommended location for assurance.  Though the airplane flew ok straight and level, the nose wanted to drop pretty hard in the turns which is a direct indication of being nose heavy.  This characteristic became less and less as I moved the CG further back. 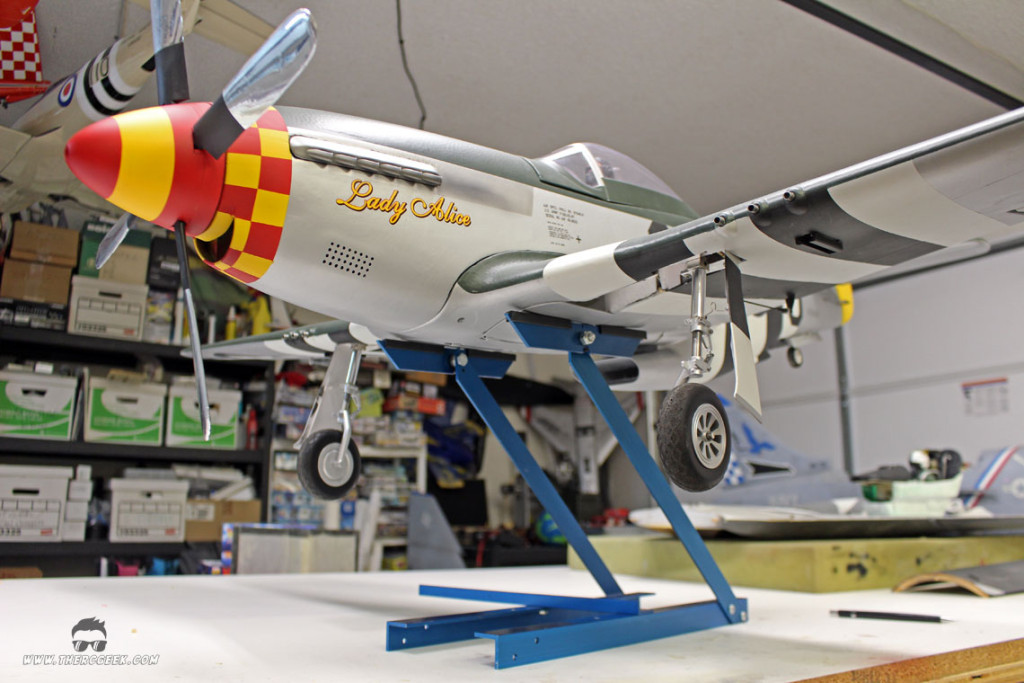 For the control throws, I found that most of the throws provided in the manual were unattainable based on how everything is setup.  However, it was no issue as most of the throws were too large to begin with (at least for my tastes).  My go to radio system is the Airtronics SD-10G which is an excellent radio at an excellent price and with it comes triple rates (I always recommend setting up at least dual rates on elevator and aileron, especially for a first flight).  Once dialed in however, these are the control throws I prefer.  Keep in mind these are purely linear with NO exponential (I’m not a big fan of expo typically). 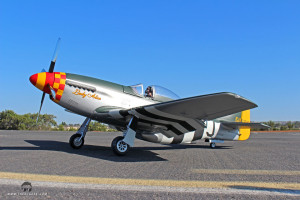 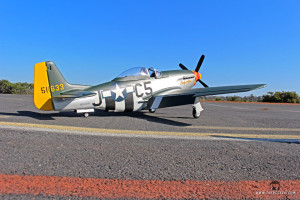 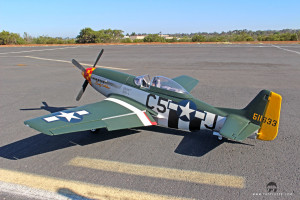 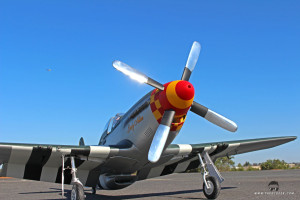 The P-51 has shown to be a real honest flying airplane.  I currently have 13 flights on the bird and it has quickly become my every weekend flyer (this is exactly what I was looking for in the airplane).  The 4258 motor combined with 5s battery really provide excellent overall performance with good speed and really nice vertical.  Though not able to climb indefinitely, it certainly gets small rather quickly in a climb.  The handling qualities of the airplane are really nice.  With most any maneuver I’ve tried, the airplane performed easily and smoothly.  Surprisingly, the airplane even knife edges well despite not getting as much rudder throw as I would have preferred.  It does require a little cross-feed on the elevator to hold heading in the knife edge though.

For some reason, the most difficult regime I’ve found has been in the landing touchdown.  The airplane approaches beautifully on final with the flaps down.  It prefers a power on approach and locks into a nice stable descent and attitude.  The difficulty I’ve had is finding the sweet spot with the flare and pulling the power.  There is a tendency to float while not fully settling into the flare to touchdown.  Nothing that more practice won’t solve! 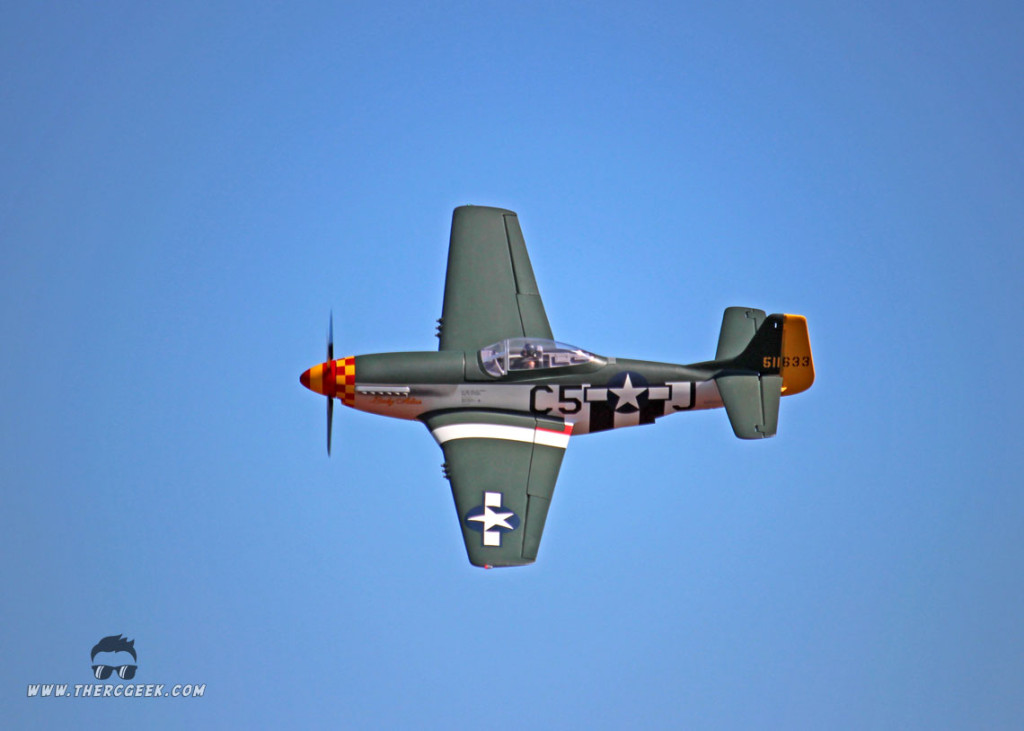 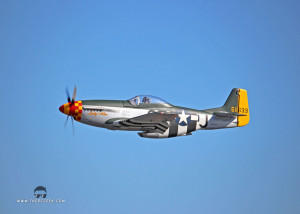 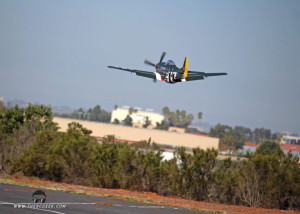 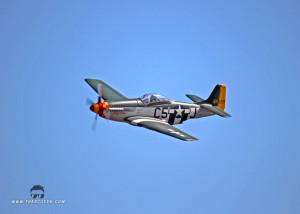 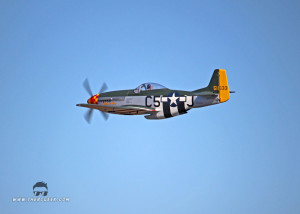 One thing to note is that we put in all this effort, it’s worth trying to protect the finish as much as possible.  EPO is the worst, but unfortunately we have to deal with it.  So, to avoid EPO “popcorn” coming through the finished it’s advised to try to keep the airplane shaded when pitted.  Direct sunlight and heat are not the friend of EPO foam and you’ll never be able to fully avoid that popcorn coming through, but it will help if you’re mindful of it.  Another option I came across for protecting the finish was a custom airplane cover made for these airplanes.  I found it at Diamond Hobby and it fits really nicely on the airplane.  If you’re not near a shade structure, it’ll certainly help protect it. 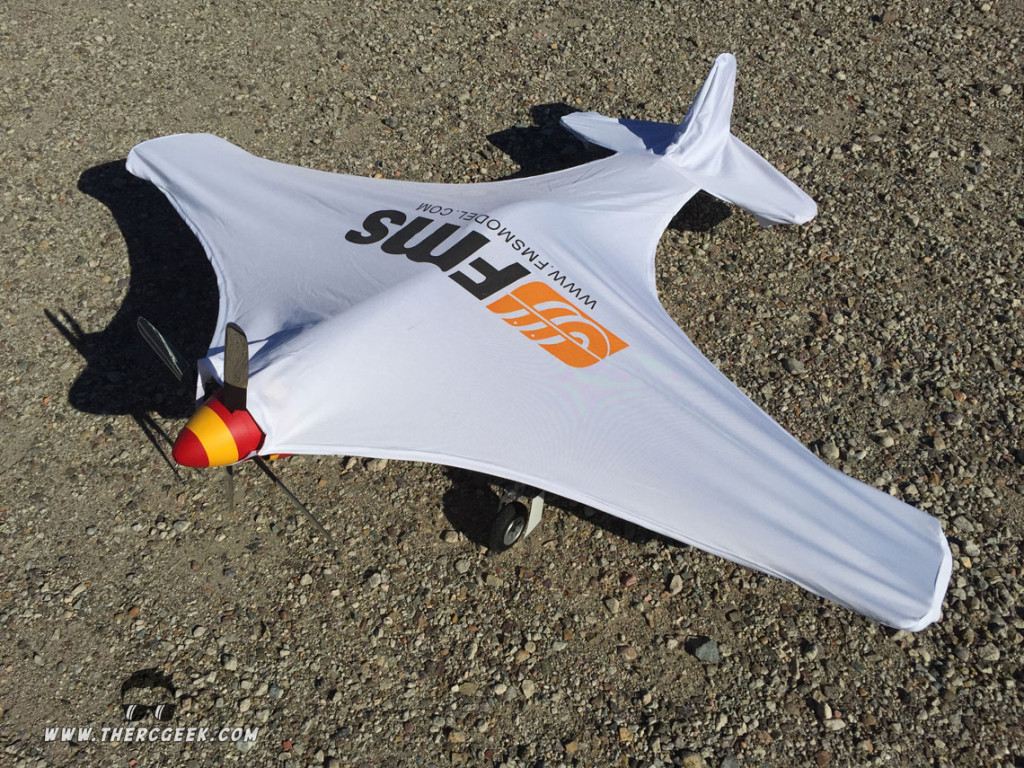 One thing that I had not reported on in my initial build article/video was that the retract side/mounting plates were actually cracked around most of the mounting holes before even assembling the airplane.  I assumed that the material was harder than it actually was (wrong assumption) and figured it would be ok moving forward as is.  It turns out after a couple of flights, the retract side plates were completely broken around each of the mounting holes with the landing gear almost falling out of the wheel wells.  The crux of the problem is the material used in making the side plates was a very brittle plastic.  That being said, a quick note to MotionRC about the issue and they had a completely new set or retracts in the mail headed my way the next day.  Excellent customer service!  The material on the replacement retracts does appear to be harder than what was received in the box.

Ultimately I decided to replace the side plates with aluminum ones which come from a company called Small Parts CNC.  It was $40 for the full replacement set which in the end I think is worth it if nothing else for the piece of mind knowing there won’t be any issues going forward.  One thing to note is that if you go this route, don’t overtighten the screws in the side plates.  If you do, you can stall the retract motor and the gear won’t actuate.  So, use some loctite and after tighten it all down, back off the screws 1/4-1/2 a turn or so. 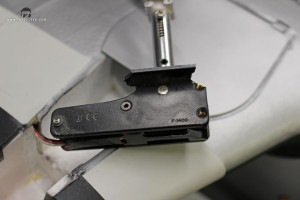 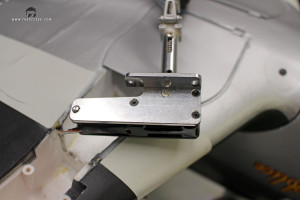 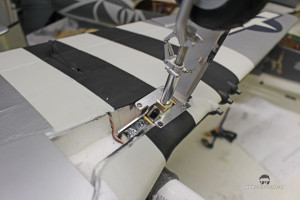 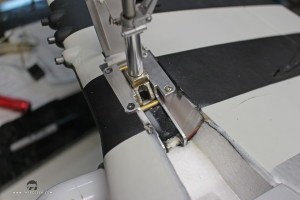 Let the Games Begin!
When I started this series, my goal was to provide some quality information on how to make a fully custom airframe from an otherwise cookie cutter foam ARF.  With just a little extra effort, you can have an airplane that is completely your own and completely custom.  It’s a great way to practice and experiment with finishing techniques that translate onto other projects.  If you have any questions on what we’ve done, please feel free to email me.  I’d love to hear from you guys on the conversions that you’ve done, so send those comments and send those pics!

So, in closing this up, here’s another example of a re-finished FMS P-51.  This is Brent Hecht’s “Frenesi.” He’s the one that mentioned this process to me and inspired me to make this series.  When it comes to foam, he IS the Master! 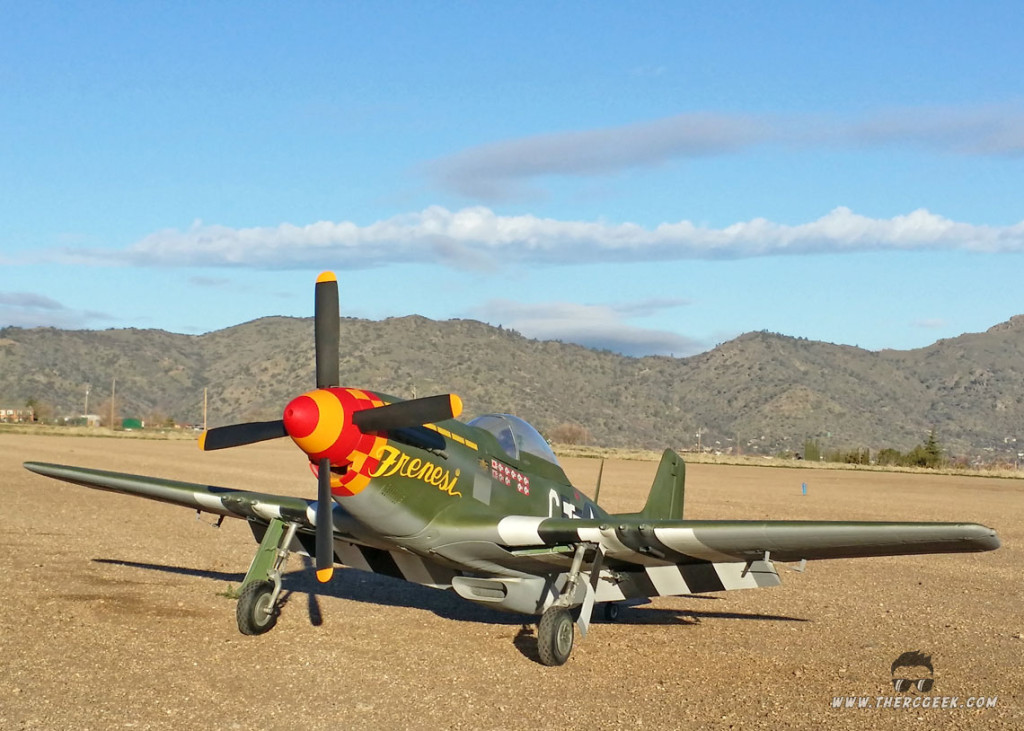 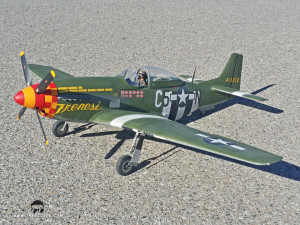 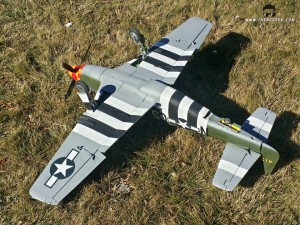 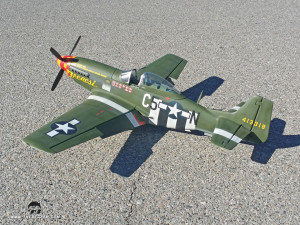