I had originally intended for our last article and this one to be a single write-up.  However, as I continued to write more and more on the construction, I realized that the article really needed to be split into two.  Also, since detailing and the application of raised rivets is extensible to more than just speed brakes, I figured a single article on this process would be good since it is a process that can be applied to aircraft as a whole.  As with the last article, I’ve also included a how-to video to help illustrate the process which is at the end of the article. 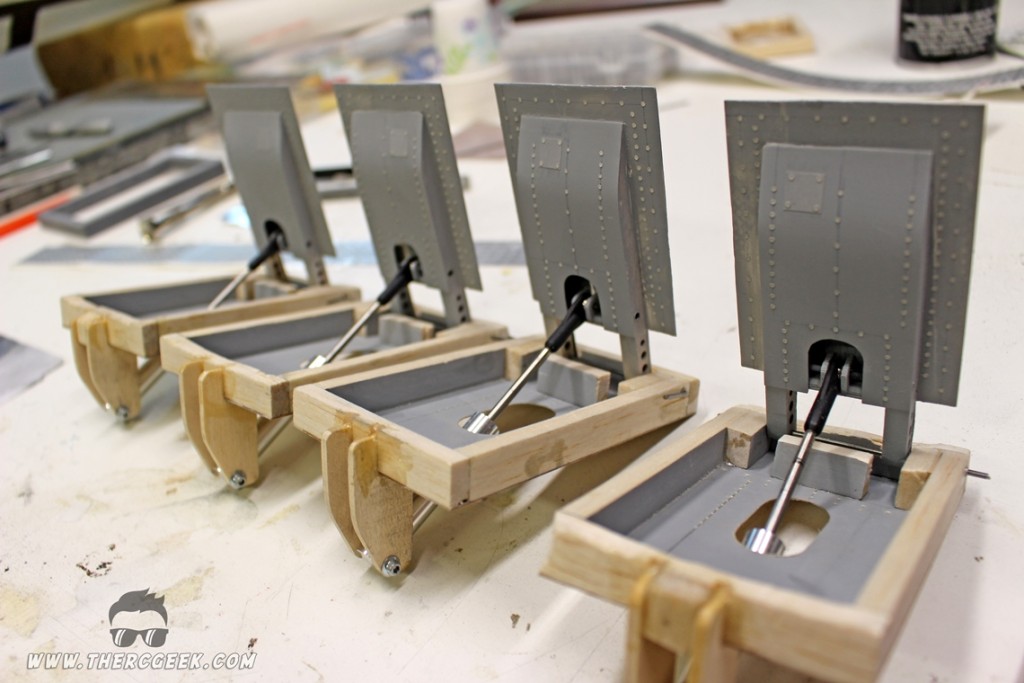 Last time we built our speed brake assemblies to where we had 4 fully functional speed brakes that could be installed into the airframe.  However, detailing the internals is quite a bit simpler with the speed brakes outside of the airframe and broken down into their components.  The first item of business was to finish the inside speed brake by adding the sheet metal close out surface on the inside.  This was cut from 1/64″ ply and glued onto the basswood stiffeners that create our hinge mentioned previously.  Additionally, to get a nice sheet metal look to the exposed fiberglass on the inside, 3M glazing putty was used to fill in the voids of the exposed glass cloth.  The putty was applied, sanded when cured and lightly primered (I like to use EVERCOAT lacquer primer).  When necessary, a second application was applied to ensure the interior was completely smooth.  It has to look like metal afterall! 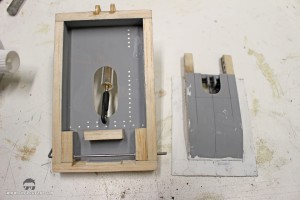 From there, raised rivets were added throughout the interior to simulate the full size aircraft as much as possible (I actually placed the raised rivets on the inside liners before even gluing the balsa edges).  The rivets used are a laser cut vinyl rivet available from Chad Veich Models.  What’s nice about these is that Chad will custom cut whatever size and spacing needed for your project.  In the case of the Skyray, I needed two spacings based on what my resources showed.

Note that with these rivets being vinyl, they are most effective as a raised rivet since there will be a raised definition once placed on the surface.  Based on that alone, they are not the best choice if one is looking to apply a flush rivet.  Flush rivets should be flush to the surface and are more accurate with a recessed definition.  I will show how to do flush rivets in a separate article when we get to that on our Skyray.  (For flush rivets, I like to use a pin vise and sharpened tube.  I plan to use the vinyl rivet carrier from Chad’s raised rivets as a guide when the time comes.) 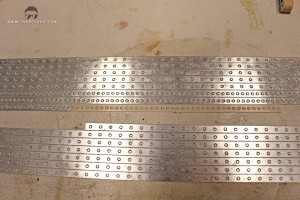 To apply these raised rivets, it’s simply a matter of plotting out the rivet pattern on the receiving part first with a pencil and applying the vinyl dots along that pattern appropriately.  The rivets are transferred by first peeling away the main carrier to expose just the rivets on the backing.  A piece of scotch tape (clear so we can see the placement) is then placed over  the rivets and a burnishing tool is used (a wood sculpting tool works well) to help transfer the rivets from the backing to the tape.  From there, the rivets are placed as appropriate onto the parts.  It really is that simple when dealing with  these vinyl rivets as they are pre-cut and spaced perfectly for us.  The most difficult part is getting the rivets off of the backing and onto the scotch tape.  Additionally, if at any time we make a mistake or anything like that, it’s simple to peel away the rivets and start again or add and remove as necessary.


Checking our reference material for the Skyray as we go, the rivets were applied using the different spacing that were ordered as necessary.  There are quite a few raised rivets in the interior well which include both on the close out structure as well as the sheet metal flanges.  My goal here was not so much to replicate every single rivet, but to simulate as best I could the rivet patterns.  Things are rarely ever exact between the full size aircraft and our models, so instead of painstakingly recreating everything, my goal in detailing is more so to “simulate, not replicate.” 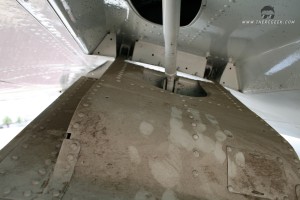 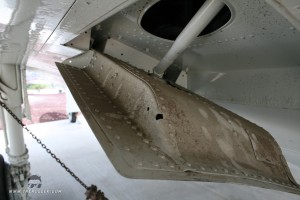 With the raised rivets placed at last, the last item to finish off speed brakes was to add the raised hatch detail on the interior on all four brakes.  To simulate this, aluminum tape was used.  The tape was burnished with a scotchbrite pad (for paint adhesion) and then cut to the appropriate size and simply stuck in place.  To finish it off a single rivet was placed in each corner based on the reference material.  Lastly, a light dusting of primer was sprayed over the interior of the speed brakes.  It’s simply a light dusting as we don’t want to fill in too much the hard work we completed! 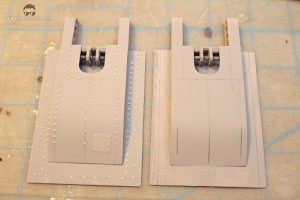 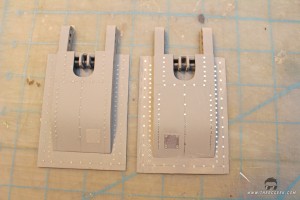 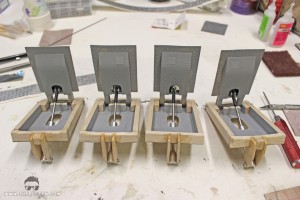 To help illustrate the process a bit more, here’s a short how-to video on how the detailing was done: 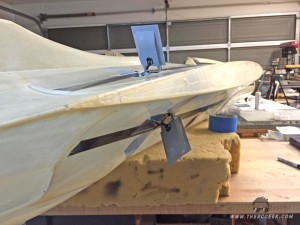 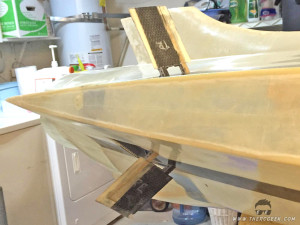 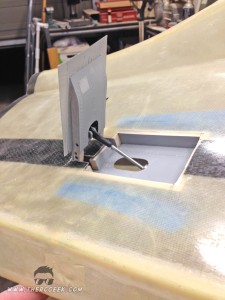 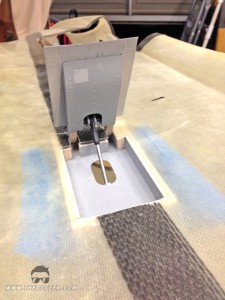